Home Conservation Resolution: we all want to save the world

Resolution: we all want to save the world 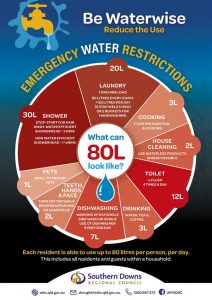 Blame it not on the Bossa Nova but on the ancient Babylonians, who, 4,000 years ago, invented the dubious practice of making New Year resolutions.

The Babylonians were the first to hold New Year celebrations, although held in March (when crops were sown).

The Babylonians pledged to pay their debts and return any borrowed objects (thinks: whoever borrowed Murakami’s ‘IQ84’ and Cohen’s ‘Beautiful Losers’, give them back!).

An article in <history.com> cites these rituals as the forerunner of our New Year resolutions.

“If the Babylonians kept to their word, their (pagan) gods would bestow favour on them for the coming year. If not, they would fall out of the good books -a place no one wanted to be.”

Off and on for at least 60 years I have been making promises to no-one in particular that I would turn over a new leaf (an idiom derived from the days when a page in a book was known as a leaf), thus, to start afresh on a blank page.

As decades passed, these resolutions turned to more weighty matters: to drink less, give up smoking, spend more time with the kids – that sort of thing.

The stalwart English clergyman John Wesley took the Babylonian resolution to another level, inventing the Covenant Renewal Service, commonly held on New Year’s Eve or New Year’s Day. Time has eroded the ritual’s religious overtones and these days making New Year resolutions is a secular activity that ranks alongside taking photos of your restaurant meal and posting it on Instagram.

If you have serious reasons for making an ethical promise to yourself to stop doing this or that or indeed to actively do something for the good of humanity, then go for it.

On Monday I was in the Warwick Council offices (handing in the paperwork for my seniors’ rates discount). There was a pamphlet on the desk explaining how to limit water use to 80 litres of water per day.

The limit was dropped from 100 litres per person a few weeks ago, given the parlous state of the region’s dams and lack of substantial rainfall.

Our existing 1,500 litre rainwater tank has but one ring left after (a) someone left the hose on or (b) someone sneaked in and stole it – an ever-increasing risk in this region. Next week we are having a 5,000 litre tank delivered. In so doing, we will have the entire cost of the tank deducted from our next rates bill. We have to pay for a handyman to build a base and also pay the plumber, but those are small prices to pay for water security. Mind you, it will take several decent falls of rain to make an impression on a combined 6,500 litre capacity.

Southern Downs Regional Council helpfully produced a pamphlet (above) which explains at a glance how you can get through 80 litres of water in a day.

The hard habit to break is flushing the toilet after every use (12 litres per flush). Most people in the region have a Mellow Yellow policy in place, which is what you think it is.

Living in an area which has seen no decent rainfall in two years quickly makes one mindful of how we routinely waste water. Now we aim to save and recycle every drop. Water left in a pot after steaming vegies, for example, once cooled is poured under a tree.

If you had wondered, yes, you could be fined for using more than your quota. The water meter reader will find you out. Not only will you get charged more pro rata for water use, if there is a leak in the system on your property, you are responsible for repairing (and paying) for it.

The second resolution is to ensure I generate as little waste as possible. As you’d know, moving house employs a lot of cardboard, paper, bubble wrap and rolls of packing tape which, at the other end, refuse to give up their grim hold.

Three trips to local transfer stations (dumps) later, I can see the urgency in re-thinking my attitude to household waste and packaging. When packing up, I picked up a few Styrofoam boxes (with lids) from the local supermarket. They made for sensible packing of fragile electronic components and the like.

But once you no longer have a use for Styrofoam or bubble wrap, what then? The local transfer station 15kms outside Warwick has a special container for polystyrene. As we found when getting lost looking for green waste, it also has a pit for asbestos and dead animals. (Ed: that’s what we call a non-sequitur)

We did donate a stack of flattened out storage boxes and a box full of plastic bubble wrap to a friend who is moving to our new town in January. A generous gesture, or did we just handball our waste problem to someone else?

Resolution number three is to reduce our personal carbon footprint – a hard thing to do when you live an hour’s drive from the nearest large city. When we were doing the green nomad thing driving around Australia, we worked out our carbon emissions and converted them into dollars. Then we donated an equivalent amount to a Landcare/tree planting organisation.

So while we are still driving a petrol-fuelled vehicle, we‘ll continue to do that. Once the height of summer has passed and hopefully some rain has fallen, we’ll plant as many trees and shrubs as this small suburban block can take. There’s a plan for a pergola on the western side, upon which we will grow grapes and other edible vines. This will hopefully mitigate our enslavement to the fossil-fuelled vehicle.

Of these three big resolutions for 2020, managing personal waste is the biggest challenge. We already started a compost bin. You can freeze and bury meat scraps, allowing decomposition and worms to work their natural miracles (Ed: if you have a dog, do not do this).

Avoiding packaging when you go shopping for groceries is harder. First thing: take your kete* with you. Fill it with unwashed fruit and vegetables straight from the bins. Check them out and put them back in the kete. Avoid prepacked fruit and vegetables, especially sealed packets of salad greens. Use paper bags if you have to, but be sure to compost them when they get wet and soggy.

On the outskirts of this town, young people are making a go of a small organic produce farm – hard to do in a drought. The ‘office’ is a small air conditioned shed with a couple of fridges, a bench with a set of scales and a pad on which to work out the total of your purchases. You then put the cash in an honesty box or arrange an EFTPOS transfer with the owner. It goes without saying you have to bring your own bag or box.

One can only hope that people do the right thing and that this brave little enterprise survives these arid times.

Happy New Year and please note, apart from the automatic distribution of this blog, I am having a break from social media through January. Thanks to those who subscribed to the cause.