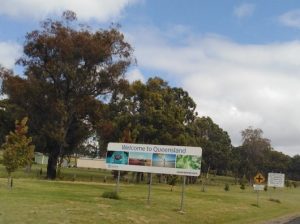 You can tell there is an election looming when the government promises to reduce the price of beer – a classic example of ‘pork barrelling’. The move to halve the excise on draught beer would save beer drinkers 30 cents on the price of a schooner (a New South Wales term for three quarters of a pint of beer).

Pork barrel, or simply pork, is a metaphor for the appropriation of government spending for localised projects, usually designed to bring money to a representative’s district.

According to Investopedia, the phrase ‘pork barrelling’ harks back to the 1770s when people who owned slaves gave them pork in barrels as a ‘reward’. Before refrigeration, pork was salted and preserved in large wooden barrels.

But in the cut and thrust of 21st century politics, the phrase now means trying to win votes by appealing to voters’ basest instincts.

Social media, being the untamed beast it is, was quick to condemn the wafer-thin beer excise promise. What about spirits and wine, they asked (not unreasonably). Sexist, said others. DISCRIMINATION, said another post (words in capital letters means shouting).

As pork barrelling goes, 30 cents off a schooner of beer amounts to little more than a head of froth. More to the point, we could use some excise relief on the cost of fuel, don’t you think?

On a five-day round trip towing a 14 ft caravan through New England and back last week, we totted up a $350 fuel bill . The most expensive diesel was sighted at Wallangarra on the Queensland/NSW border ($1.79.9 cents a litre). In Brisbane this week $1.85 seemed to be the going rate.

I’m surprised the government would even risk attracting attention to the $46 billion it earns through excise and custom duty on petroleum, alcohol and tobacco (budget projection for 2021-2022).

Election campaigns are usually fought over relatively lightweight matters such as the cost of beer or fuel. But as we all should know, there are more pressing matters, domestic and global.

Mike Scrafton, writing in Pearls & Irritations, says the media can play a role by simply not repeating the trivial utterances devised by politicians to seduce voters.

“Election campaigns never rise much above budgetary baubles, three-word campaign slogans, pork barrelling, name-calling and personal slurs, and straight-out deceptions. The electorate and the media have been conditioned to expect nothing more profound or visionary from their leaders.”

Scrafton, a former senior bureaucrat in the Victorian Government, was commenting on Scott Morrison’s National Press Club speech, which “typically infantilised voters and kept the focus on economic growth”.

“We’re facing a climate calamity, yet the PM believes Australians are more focused on the next holiday than threats to their children’s future.”

FOMM feels obliged to add to this list the most immediate social issues of our times – housing affordability and our appalling treatment of refugees/asylum seekers.

Pork barrelling aside, even in these early stages, with the election yet to be called, the major parties are throwing out none-too subtle hints about what to expect.

In late January, Labor’s leader Anthony Albanese promised $440 million to help teachers and students navigate the challenges mounted by Covid-19. He is also promising a Royal Commission of Inquiry or similar into the handling of the pandemic. An Albanese government would also tackle Federal reform. At the time, Albanese skilfully scooted around questions about whether this would include an overhaul of the tax system.

Prime Minister Scott Morrison will continue to pledge financial support for smart technology, particularly that which can help meet our net zero climate change targets. The big question is can he keep to a 2019 promise to establish a Federal Integrity Commission? Ironically, Morrison was roundly defeated over an election promise he tried hard to deliver.

We can expect some kind of a re-run of the Religious Discrimination Bill, whichever party wins the election. It was Labor’s amendments (protecting the rights of trans students), that saw the bill shelved indefinitely. (Some wag suggested that ‘Scomo’ had suffered splinters from his own wedge. Ed)

Election promises often return to haunt the leaders who made them. The most egregious of broken promises was former Liberal Prime Minister John Howard’s distinction between ‘core’ and ‘non-core’ promises to explain why they did not materialise.

In 2014, Crikey compiled a list of the worst ‘porkies’, (as opposed to Pork Barrels. Ed) that is, political promises made and not kept. It is worth repeating that in 1995, John Howard said there would “never ever” be a GST then introduced one in 1999. This list makes fascinating reading at a time when we are being asked to trust what politicians tell us. The ‘porkies’ include then Health minister Tony Abbott’s promise before the 2004 election not to change the Medicare ‘safety net’ (This is meant to limit the annual amount a person must spend on medical treatment and medications before paying a subsidised rate- currently about $6 for a prescription.) After the election, the Coalition raised the ‘safety net’, leaving Abbott to say, “I am very sorry that that statement back in October has turned out not to be realised by events.”

Even further back, Bob Hawke’s 1987 pledge – “by 1990 no Australian child will be living in poverty” didn’t happen and still hasn’t happened.

Crikey’s investigative unit recently compiled a ‘dossier of lies and falsehoods’ – an analysis of 48 statements made by Prime Minister Scott Morrison. It’s here if you have the time and inclination. There has been no comment from the PM’s office.

Honest politicians who come out with carefully costed plans to introduce necessary but controversial legislation don’t win elections. Remember John Hewson, who as Opposition Leader in 1993 lost the election to Paul Keating, after trying to sell a plan for a GST? Likewise former Labor Opposition Leader Bill Shorten paid the price in 2019 for campaigning on a long list of complex policies.

I am not expecting Anthony Albanese to fall into the same trap. Thus far, his modus operandi appears to be to criticise and rebut most things the government does or tries to do. The problem with that strategy is that voters don’t really know what he stands for, as this week’s Four Corners programme tried to establish.

While I was trying to escape to the bush and disengage from media, the Canberra protest filtered through via the all-pervasive ABC and social media. It did not surprise to learn that Clive Palmer’s United Australia Party has hitched its wagon to that loose collective. If you travel through the backblocks of New England, it is hard to miss the yellow and black colours of the UAP on billboards set in paddocks along the highways and byways.

“Freedom…freedom” is the common slogan. I’m pretty sure there is no link between that and the song by Beyonce and rapper Kendrick Lamar (the lyrics of which empower black women).

Nevertheless, the billboards are out there, spreading the gospel as understood by anti-vaxxers, sovereign citizens, religious zealots, conspiracy theory followers, ‘preppers’ and genuine if misguided people whose lives have been severely disrupted by Covid-19 controls and mandates. It falls to me to remind readers that protests like the one in Canberra last week happened simultaneously in places as far removed as Ottawa (Canada), Wellington (NZ) and Paris (France). Van Badham’s overview of the global movement is required reading if this issue troubles you – and it should.

“media can play a role by simply not repeating the trivial utterances devised by politicians”. Asking the media to give up reporting anything trivial would be nice. Commercial TV news would be reduced to a few minutes without stuff like iPhone clips of road rage along a motorway in Louisiana, or the daily update on what somebody reckons the royal family reckons. Then they could fit in more Big Celebrity Bachelor on First Sight!