What the left hand doesn’t know 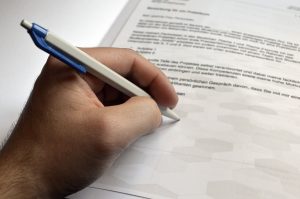 Last week, Friday the 13th, I intended to write about International Left Handers’ Day. Apparently it’s been a thing since 1976 – a clever way of making  people aware of this difference, at least once a year.

Clearly the organisers of International Left Handers’ Day do not suffer from  Triskaidekaphobia, a fear of Friday the 13th.

Phobias are an irrational fear of one or more of hundreds of strange things that induce panic attacks in some people. So you may not be surprised to learn that Sinistrophobia is a fear of left handed people (or objects close to the phobic person’s left hand).

I was made aware of International Left Handers’ Day by my friend and musical collaborator, Silas Palmer. In posting links to social media pages about Left Handedness, he revealed that three of the four members of Melbourne band The Royal High Jinx (he plays drums, keys, accordion and fiddle), are lefties in the literal sense. That is a clear statistical anomaly, as the norm is 10% of the population.

So what does it all mean to the 90% of us who use the right hand for most tasks requiring dexterity?

Well, it could be that you share an abode with a partner or other who is left-handed or have children who turned out that way.

I tried teaching She Who Is Also Left Handed to play guitar but it did my head in. Even now, I just can’t handle watching her chopping up onions or meat with the knife in her left hand. (You’d freak out more if I tried doing it with my right hand. Ed)

There’s been a lot of research into the science and psychology of handedness. Recently, a team at Oxford University found for the first time the role played by DNA. Scientists found the first genetic instructions hard-wired into human DNA seem to be heavily involved in the structure and function of the brain – particularly the parts involved in language.  Left-handed people may have better verbal skills as a result.

The research published in Brain magazine concludes that being left-handed (or port-sided), has often led to a raw deal.

“In many cultures being left handed is seen as being unlucky or malicious and that is reflected in language,” said Prof Dominic Furniss, a hand surgeon and author on the report.

“What this study shows is that being left-handed is just a consequence of the developmental biology of the brain, it has nothing to do with luck or maliciousness.”  (Despite the word ‘sinister’, which is derived from the Latin for left-handed. Ed)

If you grew up in the 1950s, the education system was not at all in favour of left-handed children. As the teaching of writing became widespread, teachers encouraged right-handedness by (mild examples), tying the left arm behind the back and knuckle-raps for writing with the ‘wrong’ hand. Those that persisted with their left hand were left to cope in a world designed for right handers.

Psychologist Chris McManus has suggested that the Industrial Revolution encouraged this, due to the right-handed design of the machinery in mills and factories

McManus, in his book Right Hand, Left Hand, finds an account from a school near Falkirk, Scotland, in 1880, noting that “eight children had come to school left-handed”. The phrase “had come” implies that they were not allowed to remain so.

With the decline of attempts to convert children, the numbers of left-handers has risen sharply over the course of the 20th century.

Some estimates put it as high as 18% and, as we will see, there are statistical anomalies.

The lyrics of Left Hand Lost (from the 1972 album, Mary C Brown and the Hollywood Sign), are infused with Catholic references linking the left hand to evil deeds (as in finding work for idle hands).

Previn, who wrote a good half dozen albums full of self-reflecting songs about mystical kings and iguanas, lemon haired ladies and waking up slow, starts this one with a liturgical chant.

The real attraction to this topic was a chance to name-check a few famous guitarists who have mastered the art of playing ‘Molly Dooker’ (1940s Australian slang).

Keir plays a 21-year-old Guild Jumbo acoustic that has been customised to suit a left hander.

“It sometimes requires the addition of wooden braces inside the body to compensate for the additional stress from reversing the string order (as well as the nut and bridge),” he explained.

“All of my electric guitars are made left handed.  But you often pay more, as the good ones are snapped up by collectors, so the prices are driven up.”

Keir says he started off self-taught so it was too late to switch by the time he realised that it is expensive and frustrating being a lefty.

In an effort to join in on jams at parties, he  learned the basic shapes playing a ‘normal’ guitar upside down.

“When I taught guitar I would encourage my students to learn right handed to spare themselves the pain. Guitar is about the co–ordination between both hands, so I believe it doesn’t matter whether your dominant hand is fretting or picking.”

This could be a good time to explain that some left handers (like the aforementioned Dick Dale and the late indigenous singer, Gurrumul), learned to play a conventionally strung guitar upside down.

The website https://leftyfretz.com/ is devoted to left handed guitars and how to play them. But the webmaster has also compiled an impressive collection of left-handed trivia. Like, did we know five of the last nine US presidents (not Trump) were left handed? Mensa, the elite organisation of people with high IQs, claims 20% of its members are lefties.

From this exhaustive list of left handed celebrities, I plucked just two Aussies (Hugh Jackman and Nicole Kidman). Did you know that 40% of the world’s best tennis players are southpaws (US baseball term)? Rafael Nadal was a right-handed player but taught himself to play leftie to give him an advantage (which it clearly does). Former tennis great turned commentator John McEnroe is also a Portsider.

I noted Simpsons creator Matt Groenig on one of these lists. This may explain why at least four of the characters (Marge Simpson, Bart Simpson, Ned Flanders and Mr Burns) are corrie dukit as they say in some parts of Scotland,

Specialist stores like Ned’s Leftorium do exist. The website www.anythinglefthanded.co.uk operated a shop in London’s west end from the mid-1960s. Management quit the retail space in 1996 and has been operating a home-based internet business ever since. Just in case you were wondering, some of the product lines that do very well include can openers, scissors, spiral notebooks and pens (the latter have  curved nibs so the writer can see what’s being written without putting the heel of the hand on still-wet ink).

If you’d like an insight into left handedness, try writing today’s headline with your opposite hand; that is, righties try with the left and vice versa. A fun game for any old Friday afternoon.

I tried the exercise. Writing the headline with my left hand (I am right-handed). Looked reasonable. Growing up in the 1950’s I would have been told to use my right-hand … uum!

Yes I do remember a boy in one of my classes who they tried to convert – he got quite distressed by it. I have been told I should have mentioned ambidextrous people (proficient with either hand) – only 1% of the population, aparently. Liked your blog yesterday – shared it on FB.

Yes I do remember a boy in one of my classes who they tried to convert – he got quite distressed by it. I have been told I should have mentioned ambidextrous people (proficient with either hand) – only 1% of the population, apparently. Liked your blog yesterday – shared it on FB.

Clicked with my left hand. 🙂