The budget that forgot climate change 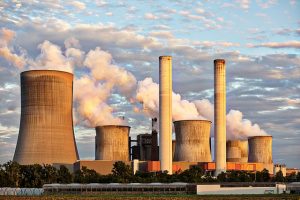 ‘The budget that forgot climate change’ may be a slightly misleading headline, even though Greens Leader Richard Di Natale essentially said as much when interviewed on 2GB. He was elaborating on a press release issued on Budget night which castigated the Federal Coalition for virtually ignoring climate change.

“(Treasurer) Josh Frydenberg said in his speech that we owe our children budget discipline,” Di Natale said. We owe our children a plan for their future, and that should mean tackling climate change through a managed transition away from fossil fuels to a clean, green, jobs-rich renewable economy. By any measure this budget fails to do that.”

The Australian Youth Climate Coalition (AYCC) was blunter still, describing it as a “nightmare” budget.

“Scott Morrison’s government has given us budget that sets more money aside for a ring road in Cairns than for dealing with climate change – the biggest social and environmental crisis facing our generation,” the AYCC said.

“The LNP intends to set aside just $189 million over the next four years to deliver their so-called climate action plan – which, by the way, fails to so much as mention a transition away from coal and gas”.

To be fair, climate change did get two mentions in a Budget loaded with tax cuts to woo the nation’s middle-income earners (and an ‘oops we forgot the poor people’ moment, when the energy supplement was later extended to include NewStart recipients).

You know the old adage about shutting the barn door after the horse has bolted? The Coalition’s idea of dealing with climate change is to create a $3.9 billion Emergency Response Fund which will be used to mop up after severe storms, floods, bushfires and cyclones. The fund will grow to $5 billion over the next decade, the Treasurer said.

The Australian Financial Review’s Queensland Bureau chief Mark Ludlow outlined where the government had found the money for the Emergency Response Fund.

“The fund, which will need to be passed in legislation, will be created from the leftover allocations from the former Labor government’s Education Investment Fund as well as money that had previously been allocated to the National Disability Insurance Scheme which is no longer needed.”

One ought to mention, as Ludlow did, the government already picks up the tab for post-disaster funding under the existing Natural Disaster Relief and Recovery Arrangements. The NDRRA comes into play once State or Territory funding has been exhausted.

More promisingly, the government announced a $3.9 billion Future Drought Fund, which at least acknowledges that Australia needs to plan on the assumption that drought will continue to plague the outback, if not the entire eastern seaboard.

The Climate Council took to Twitter on Budget night to spell out its disappointment.

“The divide between the parties when it comes to Coalition’s focus on tax and surpluses, and Labor’s focus on climate policy, might come down to this: would you rather leave your children with a smaller federal debt or a worldwide climate crisis.”

The tweet was linked to a University of Melbourne Budget analysis which said Australia was not on track to meet its Paris Climate commitment of a 26% to 28% reduction in emissions off 2005 levels.

“We are projected to achieve a 7% reduction, and the budget on Tuesday night offered little to suggest we can change course.”

The Climate Action Tracker (CAT) rates Australia’s position on climate change as “insufficient”, which is the same rating given in 2011. CAT is an independent scientific analysis produced by three research organisations tracking climate action since 2009. CAT tracks progress towards the globally agreed aim of holding warming well below 2°C, and pursuing efforts to limit warming to 1.5°C.

The Climate Action Tracker’s latest verdict (December 2018) notes that Australia’s climate policy has further deteriorated in the past year, “as it focusses on propping up the coal industry and ditches efforts to reduce emissions”.

“The Federal government is ignoring the record uptake of solar PV and storage and other climate action at State level.

“The Australian government has turned its back on global climate action by dismissing the findings of the IPCC Special Report on Global Warming of 1.5°C and announcing it would no longer provide funds to the Green Climate Fund (GCF).”

The 2019 Budget confirmed that Australia’s contributions to the UN’s major fund would end in December, with a final contribution of $19.2 million. Australia has given $187 million to the fund, which finances developing world projects that cut emissions or promote resilience to climate impacts.

You may recall when John Howard belatedly made a pre-election commitment in 2007 to establishing a national Emissions Trading Scheme, starting no later than 2012.

Dubbed the Climate Change Fund, it promised that revenue from emissions trading was to be re-invested into climate change initiatives.oward made

I mention this only to point out that Tuesday’s announcement was just a rebadged Climate Change Fund – a new name for the same objectives.

The Morrison Government pre-committed $2 billion to the ‘Climate Solutions Fund’, which aims to reduce greenhouse gas emissions across the economy. It does so by (continuing) to purchase low-cost abatement through the existing Emissions Reduction Fund. Already there are claims that the government plans to use ‘Kyoto carryover credits’ to reduce our greenhouse gas pollution, even though comparable countries have ruled out doing this.

Ah well, at least we signed up for the Paris agreement, well after incoming Prime Minister Kevin Rudd honoured a pre-election promise and ratified the Kyoto protocol in 2007.

Some 195 member countries including Australia agreed to the Paris agreement in late 2015. The agreement’s long-term goal is to keep the increase in global average temperature to well below 2 °C above pre-industrial levels, and to limit the increase to 1.5 °C.

So what does the future hold after the budget that forgot climate change, some six weeks out from a crucial Federal election where the Opposition Labor Party offers a mixed bag of policies, including a big commitment to renewable energy and climate change mitigation?

A book delivered to my mailbox yesterday delivers an unpalatable verdict. Author Anna Skarbik says Australia can be a carbon-neutral country by 2050 – “if we just get on with it”.

Skarbik is a contributor to Advancing Australia – ideas for a better country, just published by The Conversation through Melbourne University Press.

She states that the Federal Coalition’s current emissions reduction target of 26% to 28% by 2030 is not enough to meet the zero target by 2050. Federal Labor will also have to boost its promise of a 45% reduction in carbon emissions to meet this target.

“Australia would need to cut emissions by 55% below 2005 levels by 2030 to get there without undue economic disruption,” Skarbik wrote.

As she observes: “Lack of consensus on climate policy over the last two decades has cost us dearly.”

Thanks for the feedback Gillian