Home Friday on My Mind Repairing the political divide 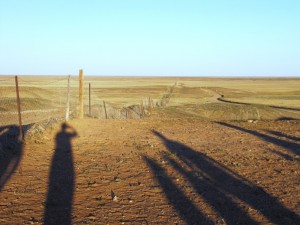 So how was your week? If you watched Q&A and the media orgy that followed, not to mention the final, cringe-worthy episode of the Killing Season, it was morbidly depressing. There are major problems with the two-party political system, not the least of which is the way a canny politician can divide and conquer.
“Whose side are you on?” Tony Abbott quizzed the ABC, after the live TV programme aired comments by Zaky Mallah, the first person charged under new anti-terrorism laws. Mallah was ultimately cleared of terrorism-related offences. The ABC’s Mark Scott defended the broadcaster against Abbott’s claims it had “betrayed” Australian values, saying that “Free-speech principles mean giving platforms to those with whom we fundamentally disagree”.

Quite by accident this week, I found the webpage of a political party which appears to be dead but is decidedly not lying down. The Australian Democrats need to bring their membership numbers up to 500 so they can apply to have their party re-registered. The Democrats were struck off by the Electoral Commission in April. http://www.australian-democrats.org.au
So how did the mighty fall, then? The Democrats were once the official third party of Australian politics, led by former Liberal Don Chipp, wearer of loud suits; a man with a lived-in face, quick with a snappy one-liner. Apart from Chipp’s catch-cry about “Keeping the bastards honest”, The Democrats were and still are the only political party in which all members have an equal say in determining policies through policy ballots.
Parliamentary Library researcher Cathy Madden, summarising the end of an era in 2009, said the key features of a Democrat are adherence to the principle of parliamentary democracy and allowing MPs to vote according to their conscience. The Australian Democrats won seats at each Senate election from 1977 to 2001, supported by middle class, urban-based, educated and younger voters who were disillusioned with the major parties. They held the balance of power in the Senate from July 1981 to 2004 and were therefore able to influence the legislative agenda.

Factors in its decline include support for John Howard’s unpopular Goods and Services Tax in 1999, the turnover of parliamentary leaders and the rise of the Australian Greens.

At the party’s 20th year anniversary conference in 1997, then leader Senator Cheryl Kernot said: “After 20 years, we are entitled to say with confidence that we are here to stay and, after 1996, we can say with equal confidence that our best is yet to come.”

Well maybe not. The Democrats polled just 3,614 primary votes in the 2013 election. If you consider all the good deeds that went before in that Party’s name, it is scary indeed that the strident Rise Up Australia party with its anti-Islam, anti-multicultural messages attracted almost 14 times as many votes (48,582).
The Australian Democrats were unceremoniously shoved aside in the late 1990s by the Australian Greens, a centrist party dedicated to conservation and responsible environmental management. As time goes by and the Greens do more legislative deals with Labor or the Liberals, we may find the environmental idealism giving way to something less than the reformists can stomach.
You can see the level of disenchantment with mainstream politics by the number of new parties at the 2013 election. More than 40 individual parties and many more independents who stood as individuals, participated in this election, which had been preceded by the tumultuous Rudd/Gillard/Rudd years.
Most new parties or individual candidates were aiming for the Senate. Some were single-issue parties (WikiLeaks, The Bullet Train Party, The Voluntary Euthanasia Party, HEMP and others). Almost all of them formed an alliance to use the divisive preference system to elevate micro-parties to otherwise unlikely Senate seats.
So where are the noble politicians of yesteryear, those of caustic wit, tempered by a courtliness which no longer has a place in the House of Representatives? Where is the wit and whimsy, the intellectual rigour, the principles, the conscience votes and the crossing of the floor? Will we ever see the likes again of James Killen, Senator Neville Bonner, Barry Jones or Gareth Evans?
Instead we are ‘led’ by an urban yokel who gets by repeating the same thing over and over, no matter how inane. His deputy beats up on the ‘leaners’ in society and insults them by suggesting the answer to poverty and homelessness is to “get a better job”. And what does Labor do in Opposition? They cut a deal to reduce the Renewable Energy Target.
Read Naomi Klein’s book, “This Changes Everything”. It’s about climate change, you idiot politicians!
For sure we need a new party, but one which allows individual members to serve their constituents instead of blindly following some die-hard creed controlled by a faceless caucus.
The Oxford dictionary which came free with my new Kindle Fire describes a caucus as “a group of people with shared concerns within a political party”. More tellingly, the synonyms for caucus include such pejorative terms as faction, bloc, gang, ring, cabal, clique, coterie, junta and pressure group.
So yes, as we are dragged relentlessly into the era of Peak Oil, Climate Change, 50 million displaced people and GFC Mark II, it is clear, as Human Rights lawyer Benedict Coyne told the recent World Refugee Day rally in Brisbane: “Australia needs a political paradigm shift”.

Fraser’s gift to the people

Former PM Malcom Fraser spent the last four years of his life building a new political party, drafting the Renew Australia Party manifesto with human rights barrister Julian Burnside and others. RAP is not yet registered as a political party, but its core values might appeal to the disenchanted masses. The Manifesto attacks both major parties for drifting away from an idealistic vision, saying “The country is looking once more for intelligent and enlightened leadership, inspired by a belief in justice, integrity and a sense of a fair go.”

Van Badam, writing in The Guardian, says it is surprising to recall that the Liberal Party Malcolm Fraser joined was founded in 1944 by Robert Menzies with a principle that, rather than begrudging assistance to the needy, it would extend the safety net in pursuit of that fair go. Fraser left the Liberal Party in 2009, saying it had turned into “A conservative party”.

In recognising what Benedict Coyne called “The toxicity of the two party race to the bottom system”, Fraser co-authored a document which advocates re-distributing the benefits of economic growth through the economy to those on low wages, not in work or reliant on welfare. Egad, it sounds like traditional Labor policy, doesn’t it? It’s the kind of policy Labor has drifted away from, much as Labor has agreed to shunt asylum seekers into alien territory; much as Labor has voted with the Libs to encroach upon our privacy and deny us freedom of information.

Badam says the RAP Manifesto lacks policy detail, “But as a critique of the present crisis in Australian politics it doesn’t require it”. Insightful as always, Badam concludes: “Whether plans to form a Renew Australia party even materialise is less important than the impact of forcing a re-consideration of what Australians may actually want in a political party, and who is capable of delivering it.”