Home COVID-19 Much ado about Djokovic

Much ado about Djokovic 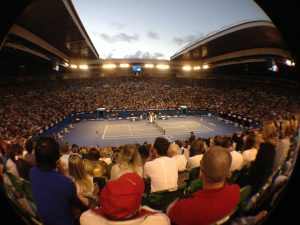 Some journalism traditions die hard and fortunately, the one that persists in quality publications is to separate news from opinion. The labels “Opinion” or “Comment” ought to accompany any writing which draws on facts but allows the writer to comment and interpret. (Ed: Like FOMM).

Outspoken Australian journalist and commentator Van Badham was introduced this way in the New York Times on Sunday.

The headline (which tradition decrees is always written by someone else), said: Novak Djokovic got the boot. Australians are thrilled.

The headline set the tone, in part by using Aussie parlance and then with the partially substantiated claim “Australians are thrilled”.

This was drawn from a poll cited by Badham that 83% of 60,000 respondents were in favour of Djokovic being booted. (FOMM opinion – But wait, that means 10,200 were not in favour…Oh right, it’s an opinion piece).

The labelling of opinion pieces is an industry practice that cuts both ways. It gives readers a first-up warning that what they are about to read is just that – somebody’s opinion. At the same time, the disclaimer allows Badham freedom to use the acrimony around Novak Djokovic’s visa cancellation to highlight the government’s (mis)handling of Covid-19.

“There’s a familiar pattern of government miscommunication and ineptitude unfolding around Djokovic that sadly reminds us of our brief and squandered advantage over the virus,” Badham wrote.

Not to be outdone, The Age also latched on to the term ‘the boot’ which is Aussie for being fired, kicked out of a pub or sent to sleep it off in the spare room. Writer Peter Schmigel ‘put in the boot’, which is Aussie for kicking a man when he’s down.

In a rare departure from form, Sky News said the Novak Djokovic saga had “damaged the government’s reputation”.  Sky News host Rita Panahi said Djokovic had essentially been deported for “thought crimes”. In her Behind the News programme (a review of headlines on the topic), Panahi said the government “cynically made this decision with an eye on the polls”. What was that about my enemy’s enemy?

These obvious comment pieces reminded me that a reader suggested I write about ‘proper’ journalism. How do you separate well-researched, balanced news reporting from the bias of commentators of the right and the left, he asked? OK, done that.

The Djokovic story was hard to ignore. The media swarmed on it like wild bees drawn to a hole in a weatherboard house. January is usually a fallow field for the skeleton crews left in newsrooms, Many people are on holidays, including those who feed stories to the media on a daily basis. Suddenly, though, there was drama on the central court – a rare Sunday sitting of the full bench of the Federal Court involving the world’s Number 1 tennis player. Ask people who have been waiting two years for a court hearing what they think about that.

Journalists rostered to work on Sundays rarely have such a prize on their shift. As usual, radio and television news had the best of it.

There is rarely anything left for the Monday papers, except for targeted news released by organisations fond of exploiting the vacant space.

Independent news portal ‘InQueensland’ summed it up in one, 33-word lead paragraph.

“An unvaccinated person who contracts Covid-19 is 24 times more likely to end up fighting for their life in intensive care than someone who has had all three jabs, Queensland Health data shows.”

This introductory paragraph tells the reader in one sentence what the story is about. No need to read any more. Just retire to the water cooler and tell others. You can see the deft hand of old-school journos behind this opening para, wordy though it may be.

Health Minister Yvette D’Ath used this data to urge older Queenslanders to get their booster shot.

(Ed: we had ours on Wednesday).

The Australian Consumer and Competition Commission (ACCC) and other such organisations often release statements to the media on a Sunday for publication on Monday. It’s the slowest news day, so journalists hungry for a fresh angle can never resist. As the story usually relies on an official statement, it is difficult (on a Sunday evening) to track down someone to represent the other side.

John McCarthy, writing in On-line news publication ‘InQueensland’, reported on Monday that the ACCC had received 1800 complaints of retailers over-charging for rapid antigen tests. McCarthy cited a Chamber of Commerce and Industry survey, which showed that the lack of test kits  as well as staff shortages were critical factors in the crippling of the supply chain..

This type of story will be ‘broken’ in the Monday newspapers and pounced upon by news-hungry radio and TV producers. Those breaking the story will have little opportunity to follow up, which becomes the role of radio news. While the ‘claims’ referred to are yet to be proven, they highlight the issue of price gouging over RAT’s (rapid antigen tests that can be done at home- for those unfamiliar with this Aussie acronym) and put a number on instances of (alleged) profiteering. I heard ACCC chairman Rod Sims expanding on this story later in the day on ABC news radio.

Sims said the level of pricing was “clearly outrageous”, citing media reports of as much as $500 for two tests (we paid $56 including postage for our pack of five kits, which is top of the wholesale price range).

The ACCC said there was an increase in the amount of RAT selling through service stations and convenience stores. They had become the source of many of the complaints it was receiving.

By publishing these claims, ‘InQueensland’ did radio and TV journalists a favour by pointing them to a couple of outlets (named in the report).

We sometimes describe this kind of story as “bees in a bottle” – give the jar a good shake and see what sort of noise they make.

It’s no wonder the more experienced journalists turn to commentary or analysis. The basic practice of news reporting can be quite tedious. It involves spending hours on the phone ‘doing the rounds’ and waiting, waiting for people to ring you back. In my day, the editor would probably not run your story if you did not have the other side. All too often now, the 24/7 news cycle forces media outlets to publish now and update later.

When reading news, it’s not a bad idea to separate hard news (two men died in a head on collision), from news like the ACCC report, that could become harder news once it progresses to prosecutions and hefty fines.

As for the label ‘Opinion’ or ‘Comment’, if it’s not there, write to the publisher and say that it ought to be.

In the case of writer Peter Schmigel’s ‘open letter’ rant about Novak Djokovic, the  ‘Opinion’ label also allows news editors to deal with blow-back. “Don’t shoot the messenger,”  they will tell irate tennis fans. They have reason to be irate – Schmigel (writing in Melbourne’s No 1 newspaper), agrees with the blokes down the pub – Novak’s a ‘boofhead’.

“The forms, mate, the forms. It would have been nice if you could have just filled in the forms right. You didn’t. Double fault. Maybe you should fire somebody – whether it’s the lawyers, the coaches, the agents, the masseurs, or your Dad, who tried to start World War Three on behalf of your backhand.

(I particularly liked it when someone described Djokovic’s statement (that his staff member had filled in the paperwork incorrectly) as ‘the dog ate my homework’ excuse. Ed)