Home Christmas I won’t be home for Christmas

I won’t be home for Christmas 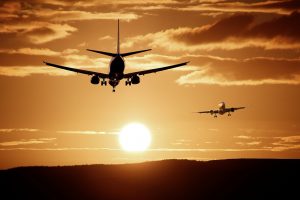 Every year at this time, Australians who live and work overseas are making plans to visit their families for Christmas. When you live and work in places like New York, Los Angeles, San Francisco, London, Manchester, Edinburgh, Auckland, Hong Kong or Singapore, three weeks at the beach in Oz is the perfect escape from chilly winters.

But not this year, dear reader, as the second, or is it third wave of Covid 19 has sent cities in Europe and the UK in particular into lock-down.

The above destinations are where Aussie ex-pats are most likely to live and work, according to employment agency Apply Direct. Using figures from the Department of Home Affairs, Apply Direct singled out the top destinations where many of our ex-pats live. Figures are hard to pin down, but it is estimated that of the eight million Aussies who travel abroad looking for adventure, one million or so will decide to stay and work.

The United Kingdom hosts by far the largest ex-pat population (160,000). Many young Australians can claim parents or grandparents who were born in the UK, which gives them an automatic right to live and work there.

Our extended family is no exception, with family members living in Australia, New Zealand, the UK, Canada, the US and elsewhere.

Many young Australians head for the UK when making their first trip abroad. It is easy enough to base yourself in London, find some kind of job (ex-pats often take the casual jobs the Brits won’t do), and make forays to Europe whenever possible.

As often happens when you are in your 20s and single, matches are made and romance sometimes blooms.

Morocco-based ex-pat Suzanna Clarke uses technology to keep in touch with her siblings.

“My sister is in Adelaide, my brother in Oxford and me in Morocco. (Our parents died a few years ago.) We also have a catch up video call via Skype on Sundays, although sometimes we use the video function on WhatsApp. I love the ease of communication these days. I have kept letters between my great-grandmother and my grandmother, who were living in Brazil and England respectively from the 1930s to 1950s. The letters have two to three month gaps, as they were transported by ship. Even when I was travelling in India and Europe in my 20s, the lag was at least a couple of weeks. We are so fortunate these days!”

Meanwhile, in the worst-hit country by far (the USA), some of the 90,000 Aussie ex-pats, and like-minded Americans, will be self-isolating over Christmas. Most Australians congregate in just three cities – Los Angeles, San Francisco and New York. Fair to say that many of them are people with a talent in some aspect of music production or movie-making. We know a few musicians who have had periodic flirtations with the country music capital, Nashville. We also know one or two who came to visit and stayed.

Musician George Jackson, who lives outside of Nashville with his wife Rachel, says he is keeping a low profile at Yuletide.

“We just cancelled all Christmas plans with any of Rachel’s family and are now planning to basically have it at home by ourselves. Obviously the virus is surging pretty badly here in the US and we decided it was best for everyone if we didn’t risk any gatherings for Christmas this year, particularly to protect the health of Rachel’s parents.

“I’ve been keeping in touch with friends and family back in Australia. I saw my parents in January last year, so it’s coming up a year since seeing them and I know they are missing being able to be with me and my brother, who’s living in France. So that’s tough, but we’re sticking it out and waiting for that vaccine to get approved and distributed and looking forward to perhaps a mid-summer Christmas in July next year with family.”

.It is beginning to sound as if the vaccine will be a prerequisite for people wishing to fly from one country to another. Australia’s major airline Qantas flagged this requirement in an announcement that made headlines around the world.

Forbes magazine reported that Qantas CEO Alan Joyce said his airline would eventually only allow vaccinated travellers to board its flights. The move would essentially allow travellers to move around the globe unhindered by quarantines.

The ready adoption of video streaming technologies has helped families with relatives living abroad (or even on opposite sides of the continent), to connect or re-connect.

A Sydney-based Kiwi friend has planned a holiday in Melbourne, knowing that a visit home would involve a 14-day quarantine stay. She usually travels to New Zealand at Christmas to spend time with family. The only way to do that now is to go into quarantine for two weeks, at a cost of $2,000 on top of the airfare. Like so many others, she is relying on digital connections. Fortunately her family has gravitated to a weekly chat on WhatsApp.

Irish Joe Lynch, a performance poet who lives in Maleny, spoke of the unexpected constraints on travel to visit family members.

“Taking my freedom completely for granted, I returned to Ireland many times over the past 40–odd years, visiting family and friends. I still have five ageing siblings overseas whom I would dearly love to visit, but of course that is not available to me now ever since the outbreak of Covid19. What is most distressing is the knowledge that most of my family are currently undergoing Stage 4 and Stage 5 lock-down restrictions, and are terribly frustrated and lonely.”

You may not know that the UK, one of the worst affected by Covid 19, appointed its first Minister for Loneliness in 2016.

A mental health survey during the UK’s lock-down in April found that one in four (24%) had feelings of loneliness in the “previous two weeks”. This was more than double the response before lock-down. One in three females (34%) and one in five males (20%) reported suffering from loneliness while working from home during the COVID-19 social restrictions period.

On Sunday, I had my first-ever video chat with my sister, who does not have a computer or mobile phone. We usually talk on her landline (equipped for the hearing impaired). On Sunday, we chatted via a relative who was visiting and who rang me on Messenger. It was good to be face to face again and realise (with some shock) how we have both aged since I was there in 2017. I made a note on the calendar to ring my other sister (who does have a mobile phone) at Christmas, although she has told me she prefers ‘ear-to-ear’.

But as Suzanne said, in the 1950s people wrote letters to loved ones overseas, patiently waiting months for a response. Since we have the technology to simulate face to face communications, we really ought to use it, eh.