An eye for an eye – sports injuries and brawls 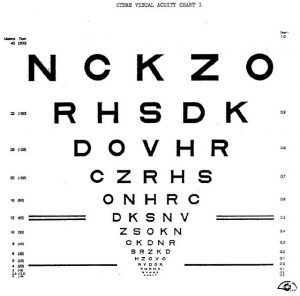 The news photo of rugby league player Dylan Walker’s fractured eye socket made me feel anxious, like I get when I have an eye infection or it’s time for the annual glaucoma test. If I cover my left eye with my hand, I can navigate my way around the house, but that’s about it. No reading, watching TV or movies; definitely no writing, although I know vision-impaired people who have found ways around reading and writing.

What the auld aunties called a ‘gleyed ee’ or lazy eye was diagnosed in the late 1940s. I don’t remember wearing an eye patch when I was two, but I’ve seen the photos. It didn’t work. I say this only as an explanation if you passed me in the street and I did not say hello, it is possible you passed by on my right side.

Yes, so a serious injury to my left eye would probably see me lining up for the blind pension, although as I understand it, the aged pension replaces the (non-means tested) blind pension when the recipient reaches retirement age. An essay for another day, perhaps.

Last week the Australian Institute of Health and Welfare and Flinders University produced a report on eye injuries in Australia. The report shows 51,778 people were hospitalised due to eye injuries in the five-year period, 1 July 2010 to 30 June 2015. Two thirds of these were males. Falls (35%) and assaults (23%) were the most common causes of eye injuries. The most common type of eye injury was an open wound of the eyelid and periocular area (27%).

Sports-related eye injuries were seemingly uncommon by comparison, with just 3,291 males and 595 females reporting that the injury was sustained while participating in a sporting activity. However, information on what activity resulted in the injury was not reported for 69% of cases, so this is likely to be an under-estimation.

Of the known causes, more than one-third (37%) of males were participating in a form of football when they sustained an eye injury. Trail or general horseback riding (12%) was the most common sport-related activity resulting in eye injury reported by females. Over half (55%) of the sports-related cases resulted in an orbital bone fracture.

Such was the case during the Melbourne Storm-Manly rugby league game when a melee turned into a serious scrap between Manly’s Dylan Walker and the Storm’s Curtis Scott, with Scott throwing several punches, one of which broke Walker’s eye socket. Scott was sent off – red-carded as they say in soccer. Walker was given 10 minutes in the sin bin (for throwing a punch) and then had to be assessed for a head injury. Manly player Apisai Koroisau was also sent off for 10 minutes for running in and throwing a punch at Scott.

The National Rugby League (NRL) has been cracking down on such behaviour – Scott was the first person to be sent off for punching since 2015. All rugby league players know if they throw a punch they will at least be sent to the sin bin; angry flare-ups in recent years have tended to be of the push and shove variety.

But whether you follow rugby league or not, it was a bad look, for the sport and for all sports. Imagine the conversations over breakfast.

“Right, that’s it,” says Mum, whose son Billy (8) has been pestering her to play footie. “If you want to play sport you have two choices – soccer or table tennis. Those league blokes are thugs.”

Discussing the Manly/Storm fracas on the Sunday Footie Show, former Jillaroo Allana Ferguson commented: “If they did that in King’s Cross on Saturday at midnight and someone was injured they’d be off to jail.”

She makes a valid point.

A study last year by Dr Alan Pierce from La Trobe University found that repeated concussions in rugby league players have a long-term effect. He compared 25 former league players in their 50s with a control group of a similar age. The men carried out cognitive tests to measure memory and attention spans and dexterity tests to assess motor skills.

“What I’ve found is that the responses of retired rugby league players were significantly different to the healthy controls with no history of head injury,” Dr Pierce told the ABC.

The NRL took steps in 2015 to introduce mandatory head injury assessments (HIA), where players who have suffered a head knock have to leave the field for 15 minutes and be assessed by a doctor. If found to be concussed, they are not allowed to return to the field that match. An NRL injury surveillance report by Dr Donna O’Connor found that head injury assessments increased from 210 in 2015 to 276 in 2016, largely due to strengthened concussion guidelines. Sixty-six per cent of these cases were cleared to continue playing in 2016, compared to 54% in 2015.

If you have seen the excellent Will Smith movie Concussion (about brain injuries in American football), you may well ask why it took the NRL so long to act.

Cheek and eye socket fractures are common injuries in rugby league. They come about through (accidental) contact in tackles, as big bodies collide. Sometimes it happens through ‘friendly fire’ collisions with teammates.

Such was the case with Broncos forward Josh McGuire, whose injury in 2011 required surgery and he is now effectively blind in one eye.

Sports Medicine Australia says the incidence of sports-related eye injuries is low, but severity is usually quite high, as injuries to the eye can result in permanent eye damage and loss of eyesight.

“Research has shown that 30% of sports-related eye injuries in children have the potential for permanent loss of eyesight.

“A blow to the eye from sporting equipment, fingers or balls can lead to injuries ranging from lid haemorrhages or lacerations, corneal abrasions, retinal detachments and hyphaema (bleeding inside the eye) to permanent loss.”

Our family GP once told me most serious eye injuries he had encountered were caused by squash balls and champagne corks.

If you lose an eye, the alternatives are an ocular prosthesis (a glass eye) or an eye patch, the latter having a bad press courtesy of movie bad guys. Think John Wayne’s bullying Rooster Cockburn in True Grit, Adolfo Celi’s menacing Emilio Largo in Thunderball, or John Goodman’s itinerant bible salesman Big Dan Teague (O Brother Where Art Thou).

In the meantime, I will keep wearing Australian Standard safety glasses when I mow the lawns or use the brush cutter. You should too.