Home Censorship Down the rabbit hole, looking for trouble

Down the rabbit hole, looking for trouble 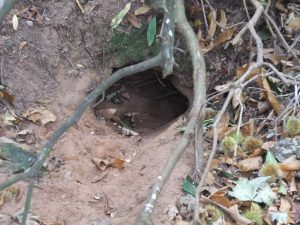 The phrase ‘going down the rabbit hole’ could well apply to my activities earlier this week, as I set out to research ‘alternative’ social media networks including those adopted by the right wing.

Before I disappeared down the burrow, I had some idea what I would encounter, having last year researched 4Chan and 8Chan.

My research was thwarted right at the start by Amazon’s reported move to ban Parler from its web-hosting network.

Apple and Google have also removed the Parler App from its app stores. Not surprisingly, www.parler.com has been off-line since Monday.

Parler (pronounced par-lay), at last count had 15 million members, including a significant number of Trump supporters. Parler has been cited as the source of posts inciting violence before last week’s storming of Washington’s Capitol Building. Amazon terminated the app’s internet access at the weekend, having previously warned the social media operator about breaching its moderation rules (deciding which comments to let through).

While Parler went off-line, looking for another web host, Facebook founder Mark Zuckerberg took to his own forum to explain why Trump has been denied access. Twitter had already blocked Mr Trump’s account after earlier labelling some of his tweets as disputed or false claims.

Amazon (and Parler) have not made official comments about the ban, not surprising given the potential for litigation. This piece by the Washington Post (owned, as the article declares, by Amazon owner Jeff Bezos), should suffice as a summary.

The fallout from last week’s rioting at the Capitol Building includes internet giants Facebook and Twitter banning soon to be ex-President Trump from commenting. This could be construed to mean they figure the riots happened because Trump encouraged it (and social media gave the angry mob a place to vent, plan, organise and schedule).

Authorities seemed slow to lay arrest and lay charges, (the FBI today says more than 100 arrested). Those charged  include those accused of bringing bombs and weapons into the building. Others, whose faces were caught on video, have so far escaped the link between that and their actual identities. If it had been in CCTV-dominated London, they’d all be nicked by now.

On Tuesday, US authorities announced new arrests and charges including Jacob Anthony Chansley, also known as Jake Angeli. They also charged Derrick Evans, a recently-elected member of the West Virginia House of Delegates. The US Attorney’s office said Mr Evans was identified on a video, shouting as he crossed the threshold into the Capitol, “We’re in, we’re in! Derrick Evans is in the Capitol!”

The pair and one other man were charged in Federal Court in connection with the violent incursion into the Capitol.

Chansley, the most identifiable of those captured on video or security cameras was hard to miss, with his red white and blue face paint, tattooed chest, horned helmet and bearskin toupee.

He was charged with “knowingly entering or remaining in any restricted building or grounds without lawful authority, and with violent entry and disorderly conduct on Capitol grounds.”

On Tuesday I clicked ‘like’ on multiple Facebook posts condemning Australia’s acting Prime Minister Michael McCormack for seemingly taking ex-president Trump’s side over the Twitter ban. The debate, free speech vs consequences. rumbles on.

Prime Minister Scott Morrison, who is on leave, last week condemned the rioters over the “terribly distressing” violence and called for a peaceful transfer of power.

But unlike many other world leaders, he refused to acknowledge Trump’s role in inciting the mob that gate-crashed the US Capitol building.

Just in case you think things like that only happen ‘over there’, there are stridently right-wing politicians in our own parliament saying provocative things. The Guardian reported that government backbencher George Christensen said over the weekend he would push for laws to “stop media platforms from censoring any and all lawful content created by their users”.

Doxxing in this context means a deliberate dumping of publicly available data with the aim of ‘outing’ people who express strong views on social media. Apparently it (the gleaning), has been going on for some time.

At this point, like my friend Mr Shiraz, who finished his daily rant on Facebook and went outside to prune trees, I turned my mind to substantive issues in Australia.

It seems the combined media coverage of Covid-19 and life in Trumpistan* has pushed Australia’s refugee issues off the news agenda.

Since I recently joined a local refugee support group which aims to help refugees in a positive way, I thought I should play my part.

I started by writing to the Southern Downs Regional Council, asking Mayor Vic Pennisi to join the 168 local governments in Australia who have designated their regions a ‘Refugee Welcome Zone.’

Our near neighbour, Toowoomba Regional Council, declared the city as such back in 2013 – before it was even a ‘thing’.

The Refugee Council of Australia definition of a ‘Refugee Welcome Zone’ is: ‘a Local Government Area which has made a commitment in spirit to welcoming refugees into the community. The aim is to uphold the human rights of refugees, demonstrate compassion for refugees and enhance cultural and religious diversity in the community’.

There are eight local governments in Queensland who have rolled out the welcome mat for refugees, including Brisbane, Gold Coast, Logan, Townsville, Toowoomba and Noosa Council.

In applying myself to letter writing, I broke the cycle of ‘doom-scrolling’ which is a catch-phrase to describe the act of constantly updating news and social media feeds on one’s mobile phone. They say it makes anxious people grind their teeth at night.

This insidious condition worsens for every day the US inauguration grows closer; for every day we endure live press conferences updating our region’s Covid status.

In what must surely now be recognised as a classic FOMM digression, the phrase ‘Down the Rabbit Hole’ has been nabbed by an enterprising South Australian winemaker.

Down the Rabbit Hole Wines is clever marketing in an industry that seems switched on to it. I should also tell you about a Victorian winemaker whose label is Goodwill Wine. I don’t imbibe, but She Who Does tells me the red is worthy of their loose adaptation of our band name (www.thegoodwills,com).

Brand names aside, ‘going down the rabbit hole’ is defined by dictionary.com as a metaphor for something that transports someone into a wonderfully (or troublingly), surreal state or situation.

I rest my case.

Last week: One of my readers (a beekeeper) chided me for calling the bee disease ‘Fowlbrood’. I’m blaming the spellchecker, as I already knew it was ‘American foulbrood’ or AFB.

*Trumpistan: a term for the parts of the USA which support Donald Trump