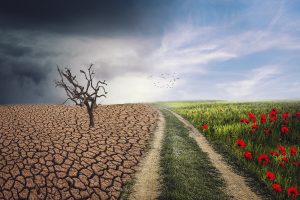 Three big topics of 2021 – Covid-19, Climate Change and Job Creation, are inextricably linked to the future of the planet.

The official climate report is in for 2020, with global temperatures tying with 2016 as the hottest ever recorded.

Although Australians sweltered through an early November heatwave, the summer so far has not been too hard to endure.(except SA,Victoria and NSW are likely to see temperatures exceeding 40C this weekend. Ed

The data cited by the EU’s Copernicus Climate Change Service seemed at odds with images of Madrid enduring its worst snowfall in 50 years. The mercury in Madrid plunged to -10, compared with the January average of 3 degrees.

The New York Times said the heavy snowstorm presented complications for the Spanish government, still struggling with a rising Coronavirus caseload, more than 499,000 in Madrid alone. Spain’s Covid-19 death toll, more than 51,000, is one of the highest in Europe. The government warned residents to stay home, well aware of the temptation for people to venture outdoors.

That’s the nature of climate change, however; extremes in summer and winter and shifting weather patterns in the autumn and spring.

Spain is also struggling with the impact of Covid-19 on its workforce. More than one million jobs were lost during the worst months of the pandemic. Despite short-time work schemes and a third quarter rebound, Spain’s unemployment rate is still around 13%.

The International Monetary Fund estimated that in April and May up to a fifth of Spain’s workers were on short-term contracts. Possibly in an attempt to sway the government towards ‘green’ job creation, the IMF revealed that Spain’s housing sector is one of the most energy inefficient in the EU. It accounts for about 16% of Spain’s Emissions Trading System emissions.

As the IMF observes, a focus on green buildings can provide a demand boost to support recovery, while closing gaps in green infrastructure and human capital.

“This will accelerate the transition to a low-carbon economy and strengthen the economy,” the IMF’s report on Spain said.

It’s no different Down Under, with the built environment said to account for 25% of Australia’s CO2 emissions. Attempts to regulate the building industry to make buildings more energy efficient have been inadequate.

The Climate Council commissioned AlphaBeta, a consultancy specialising in advanced data analysis, resulting in a plan to create 76,000 ‘clean’ jobs.

The 68-page document (with four pages of references), sets out 12 opportunities to put Australians back to work, restart the economy and tackle climate change. The jobs include 15,000 installing utility-scale renewable energy (solar and wind farms, transmission infrastructure and utility-scale batteries). The plan also includes 12,000 jobs in targeted ecosystem restoration, and 12,000 in public and active transport constructions. Another 37,000 jobs are projected to be created in other projects across Australia, including in organic waste, energy efficiency in buildings, urban green spaces and community-scale storage.

This alternative solution to the 840,000 jobs lost to Covid-19 requires less than 0.5% of GDP. Every dollar of public spending is estimated to attract $1.10 in private investment.

The Climate Council’s paper was widely reported in alternative energy circles, but few mainstream media outlets covered the story. This is despite the Climate Council claims it would help people and industries that have been hit hardest by the COVID-19 crisis, especially in regional Australia.

“One in three job openings would require minimal training, meaning that displaced workers, from hospitality workers in Victoria to tourism operators in Cairns, could be rapidly employed.”

The Climate Council ran Clean Jobs briefing sessions with State government representatives after its launch in July. A spokeswoman told FOMM that meaningful actions were taken and worked into State budget announcements.

“We are in the midst of strategising for how we will revitalise the report for 2021, ensuring maximum impact and continuing on its success.”

The latest Australian employment data released yesterday shows an improvement in both the unemployment rate (down -0.2%) and the labour participation rate. Nevertheless, youth unemployment is still up 2.3% for the calendar year, at 13.9%.

Youth unemployment is as high as 25% in some parts of regional Australia. While the under-25’s are being propped up by the Jobseeker scheme, which effectively doubled the NewStart payment, this funding will end on March 21.

An ACTU submission to the Jobs for the future in Regional Australia Inquiry canvassed Australia’s rate of underemployment (8.5% from 9.4% in November). This far outstrips the OECD average, with ANZ describing the underemployment crisis as “widespread” throughout the country.

“Precarious work is increasingly becoming the norm, which makes it more difficult for workers to argue for fair pay and conditions.”

The Climate Council’s Clean Jobs paper reminds us that the Australian economy is vulnerable to escalating climate risks.

Property prices are liable to fall up to $571 billion and agricultural and labour productivity by $19 billion in the next decade. Flow-on effects will be felt across the country, and will worsen unless emissions are lowered.

These claims are corroborated by the Reserve Bank of Australia, which has stated that more severe, persistent climate-related shocks could threaten the stability of the Australian economy. The Australian Securities and Investments Commission has labelled climate change a “systemic risk” and the Australian Prudential Regulation Authority has said the financial risks of climate change are “foreseeable, material and actionable now”.

While Australia’s unemployment rate is trending down after hitting 7.5% in July, we should remember that a third of the labour force works less than 40 hours a week. The latest data from the Australian Bureau of Statistics shows the share of part-time employment rose to 32.1% for the year to December (4.149 million).

The Federal Government is pinning its hopes on improving the lot of young Australians through its JobMaker subsidy.

Much noise has been made by and on behalf of the over-35 cohort, arguing discrimination, predicting the JobMaker scheme will further marginalise the long-term unemployed.

Ah well, at least young people who are hired on this basis will be able to afford a portable air conditioner. And here’s hoping everyone, including those hired under JobMaker, will be able to take paid sick leave if they are ill or are quarantining owing to Covid-19 testing