Home Friday on My Mind Travel without regrets 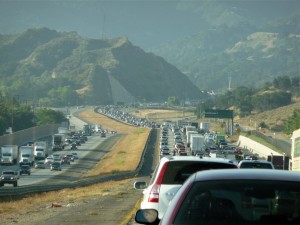 Dedicated readers will know by now my penchant for tinkering with numbers, so you won’t be surprised that I have done an inflation-adjusted calculation on my/our travel adventures over 45 years. O.M.G. We could have bought a second home, or a third; a luxury yacht, a Maserati or achieved the mythical $1 million retirement target.

New Zealand is Australia’s most popular outbound travel destination – 1.06 million went there in the year to March 2015; 483,000 for a holiday, another 603,000 on business or visiting family and friends. The next most popular outbound destination, according to Austrade’s Tourism Research Australia, was the USA (590,000 holiday makers and 286,000 people doing business or visiting family and friends). In third place was Indonesia (830,000), then Thailand (596,000). The UK is up there, with 510,000 Australian visitors. In all, 8.81 million Australians travelled overseas, for holidays, for business or to visit family and friends.
The other 15 million or so stayed home.

Surprisingly (well, I was surprised) 77,000 Australians went on holiday in the Middle East and North Africa in the year to March 2015. There’s a risk/reward equation that probably adds a frisson of excitement to travel in unstable regions.
Egypt (population 91 million) attracts tourists who have the Pyramids on their bucket lists. Wikipedia says Egypt attracted a record 14.7 million visitors in 2010, but numbers have dropped significantly since 2013, due to civil unrest and travel warnings.
Reader M took her teenage sons to Egypt in 2008, “for an education”. It was also a rite of passage, as she had travelled there in 1985. She has no plans to return to Egypt, however, disillusioned by the lack of progress in that country since visiting 23 years earlier.
“Back then Egypt was pretty much culturally secular and was atmospherically a wonderful cross of east meets west. Many women wore the head scarf but an equal number did not. Cairo was cosmopolitan, with French, English and Italian influences. People were open, educated and friendly and the country looked affluent.

“Fast forward 23 years and nothing had been progressed in the country. In fact, a real sense of stagnation was evident. Not a road mended or a building finished….. Every woman was covered and there was pollution and filth everywhere.
“Where previously we were invited to people’s homes and the conversation was about global issues, politics, religion and family, this time the conversation was one-way rhetoric-driven, narrow, politically driven. The difference was staggering.”

So far, we have not been that adventurous. In 1990, we’d been doing the sums on a major renovation of our 1930s colonial in Annerley. We planned to claw the $20k back from mortgage payments as we’d been keeping ahead of the game. Suddenly, in 1991, I found myself between jobs, with two months’ leave before I started the new one. We took our son (aged 9) out of school and spent the $20k on a tour of the US, Canada and New Zealand. We parlayed with the boy’s teacher – he had to keep a journal and make notes of all the amazing things he saw (Niagara Falls, the bilingual McDonald’s in Montreal, the Grand Canyon, Universal Studios, Disneyland, Giant Redwoods, Head Smashed in Buffalo Jump (more on that another day), and Fort McLeod, birthplace of Joni Mitchell (and She Who Planned the Itinerary). We hired a 20-foot recreational ‘ve-hicle’ (RV) from a depot at Anaheim and set off on the LA Freeway at 4.30pm on a Friday afternoon. What were we thinking? I later counselled son that “Mum and Dad were screaming in the car” was not the sort of diary entry his teacher would appreciate.

No regrets at all

Looking back, you never regret the money spent on travel, even when it was shitty; when the digs were below standard, when you all had head colds and the exchange rate was unfavourable. I remember nosing the RV into a parking spot at the Grand Canyon lookout. Our son got out, ran over to the rim of the canyon (it was almost sunset) and went “Wow”. We all went “wow”. He took an amazing photo with a cheap Kodak camera. We drove right around the canyon in the next week, shopping at Native American roadside stalls, talking Aussie to people, feeling light-headed from the rarefied air. A lasting family dinner-time catch phrase stems from overhearing this at an Arizona RV park all you can eat buffet:
“Hey Hank, you wants any more?
“Nope, if I eats any more I’ll be sick.”

We rattled across four states in that big RV. The odd highlight (for me) was parking it in a 500-lot RV park in Las Vegas, getting a complimentary shuttle bus to the casino, winning $17 on the slots and queuing up for the $3.99 all you can eat buffet at Circus Circus. I tried to persuade SWPTI to get (re) married in an Elvis chapel (you can do that in Nevada), but she couldn’t get out of Vegas quick enough.
Every time we stopped for a meal at a roadhouse or diner, the wait staff would fuss over our boy and say “make him tark”. We did three days at Disneyland, drove up the coast to San Francisco, took a tour to Alcatraz, went camping in national parks, hugged a redwood, made sure we stored our food in bear-proof lockers. We drove across the desert in the RV we dubbed “Horse with No Name” and nearly died of carbon monoxide poisoning because someone left the rear window open.
We ended the adventure the way it began, stuck in a 90-mile traffic jam (between Vegas and Anaheim).

Those inspired to travel reading books by Robert Byron, Evelyn Waugh, Somerset Maugham, Bruce Chatwin and such probably see travel as M does − as a pilgrimage (religious or not), to experience the journey for itself and to walk in other people’s shoes.
Others have a list of famous places, or a list of risky things to do in said places (e.g. running with the bulls at Pamplona, climbing Uluru or bungy-jumping off the Kawarau bridge at Queenstown).

On our first visit to the Red Centre, we arrived at one of the elevated spots where one can watch the sun set over Uluru. There were a lot of people there, complete with picnic hampers, bubbles, wine glasses, cameras and mobile phones.
Anyway, the sun began to sink and the rock started changing colour; it should have been time for a bit of hush, right? Not for two old blokes from Queensland who spent the entire time talking about how the Broncos were going and who’d win the State of Origin. They’ve come to this ancient, spooky place and can’t handle the feeling they aren’t really supposed to be there. So they drown the feelings out with white fella tribal talk and a few tinnies.

Next day we walked past 30 people waiting to climb the Rock (the climb was later closed because of high winds), which doesn’t excuse the wannabe climbers from ignoring the wishes of local Aborigines.
We took the Mala Walk around Uluru and I wished I’d gone before I left because (hint for others), there are no public toilets on this 11km walk. Apart from that, it was stunningly beautiful; a bit overwhelming, really.
As travel probably should be.