Home Friday on My Mind Some things about Aotearoa

Some things about Aotearoa 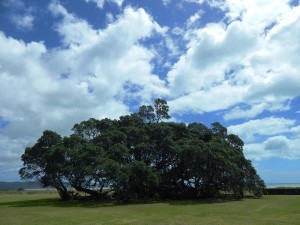 The most popular blogs, it seems, are the ones that compile trivia lists – the biggest, the best, the most awesome, the most very unique, etc. All you have to do is come up with a headline like “what this orangutan does next will truly amaze you”.

So I’m off to New Zealand for a couple of weeks, leaving you in the skilful hands of She Who Also Sometimes Writes. I had an idea of using my inside knowledge, as it were, to compile a little-known list of things you may not know about New Zealand. Surprise, Huffington Post and a half dozen others have already done it (several times). They go for the obvious, mind you. Did you know you can go bungee-jumping in NZ? Did you know NZ has midges which will make your outdoor treks a misery? Did you know the Moa is extinct and the Kiwi cannot fly?

Crivens, as they say in Montrose!

I wasn’t born in Aotearoa, but I got there as fast as I could. Went to school there, tried playing rugby and got my glasses smashed. Tried numerous ways of earning a living, travelled the world, went to Australia, met a girl and, like 650,000 other Kiwis, I stayed.

Now here’s the first thing you might not know about New Zealand. While it is well known that about 15% of the Kiwi population live in Australia (their 2014 estimate), you might wonder how many Aussies live across the ditch. Well, not that many – less than 1% of the population. The 2013 NZ Census showed that 22,470 people who identified as Australian were living in New Zealand on the 5th of March 2013. A third of them lived in Auckland.

Population experts .id.com.au went into this a bit further, noting in a 2013 blog that two-thirds (10,308) of the 15,755 people arriving permanently in New Zealand, after living in Australia for a year or longer, were in fact New Zealand citizens; 3,126 Australian citizens arrived to live in New Zealand permanently, making up just 4.3% of the total number (86,026) of people arriving to live in NZ in the year ending March 2013.

One in 4 born elsewhere

This is a well-known Australian statistic, but curiously, 25% of Kiwis were also born somewhere else. So when you combine this with the tendency for Kiwis and Aussies to travel freely back and forth between the two countries for work or pleasure, it is a moveable figure. The Australian Bureau of Statistics did a survey in 2010 which aimed to quantify the Kiwi/Aussie proportion of the population. The ABS concluded that the annual change in the size of the NZ-born population in Australia tended to hide the two-way movement of the NZ-born population. Although there was a net migration of 94,300 NZ-born people to Australia between 2005 and 2008, this included 156,000 NZ-born arrivals and 61,500 NZ-born departures. About one-third (32%) of people who departed in this three-year period had been resident in Australia for less than two years, while over half (58%) had been here for less than five years.

Demographics aside, here’s a few things about New Zealand that aren’t as well known (or expensive) as, say, bungee jumping from the Kawarau Bridge or a hangi and a show at a five-star hotel in Rotorua.

Day walk across the country

If you felt inclined, you could walk across the Auckland isthmus from the east coast to the west coast, from the Waitemata to the Manukau. The 16-kilometre walk takes you through the city, past, through or over five supposedly-extinct volcanos which are now famous parks and vantage points. They include the Domain, Albert Park, Mt Eden, and One Tree Hill. Pack a lunch; allow time for stopovers at the Auckland Museum and other historic points of interest. Take a brolly. 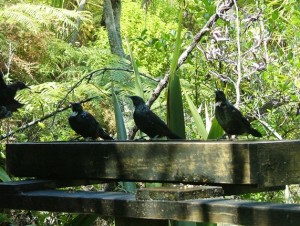 If you’re a serious bird-watcher, you probably already know about Tiritiri Matangi, a small island in the Hauraki Gulf. This is one of several islands where the Department of Conservation and community volunteers have eradicated all predators and introduced endangered species of birds, to mate and reproduce in safety. You can get there by boat from Auckland harbour. Busy in the school holidays. It’s a very small island.

Craters of the Moon

This self-guided thermal walk used to be a haven for those in the know, a way to experience the country’s geothermal wonders without the crowds and the tourism kitsch of Rotorua. Craters of the Moon is still a beautiful, isolated valley where you can wander alone through active pods of thermal activity. I see they have a kiosk now and an admission charge ($8). Last time I was there, it was free, although you could leave a donation in the metal box next to a sign warning you not to leave valuables in your car.

Jemima Skelley, a BuzzFeed contributor, compiled a list of 69 facts about New Zealand, one of which I found worth further exploration. It seems Kiwis are equal only to the Danes in terms of incorruptibility. The Corruption Perceptions Index ranks countries and territories based on how corrupt their public sector is perceived to be: Zero is highly corrupt and 100 ‘very clean’.

Denmark and New Zealand each scored 91 points, which suggests there is still some scope for the brown paper bag. Australia came in at 9th position with a score of 81, as did Canada. Two thirds of the 177 countries surveyed scored less than 50 with the bottom three (Afghanistan, North Korea and Somalia) on 8 points.

Transparency International says the index uses different assessments and business opinion surveys carried out by independent and reputable institutions. Surveys (TI uses a minimum of three), include questions relating to bribery of public officials, kickbacks in (tendering), embezzlement of public funds, and the effectiveness of public sector anti-corruption efforts.

Is there really a town called Waikikamukau?

Ah, no, that would be, in Kiwi-parlance, taking the pus. Pronounced why-kick-a-moo-cow, this is a fictional place where people are presumed to live. Waikikamukau is not unlike Springfield (the Simpsons’ home town), in that you know it’s not real, but somehow it seems to be.

“The summit where Tamatea, the man with the big knees, the climber of mountains, the land-swallower who travelled about, played his nose flute to his loved one.”

If you catch whitebait (tiny transparent fish, the immature fry of other fish), it is not necessary, despite what you may be told, to gut them, or cut off their heads and tails. A hundred or so whitebait washed and fried in batter actually makes a lovely fritter.

Yes, I know I did it a few paras ago, but Kiwis really do not like their accent being mocked. They don’t. So if you’re at the chick-out and need a biro to sign a treveller’s cheek, don’t ask for a pin or a pun.

Next week: The joy of small towns

As one of the few Australians living in New Zealand happily, all I can say is… well no, I have a lot to say about the weird Aussie-Kiwi love- hate relationship (just like a lot of siblings), the flag debate ( an opportunity lost), the wet (too much in Auckland), the green (so nice, but oddly, I miss the red earth) the accent (in diverse Auckland, who notices anymore) and more Australians should visit NZ as it is a very nice place.

Thanks Bob. Hope you have a good time back in the old country. [Even in 1969, when I moved to NZ, I was introduced as John from ‘back home or ‘from the old country’]. There have been many changes since then. The rise of the kiwifruit in the Waikato, the transfer of the cattle industry from the Waikato to the Canterbury Plain. The conversion of the rivers draining the S Alps from sources of huge trout and eels to channels for transferring farm effluent and water soluble fertilizers to the sea and the subsequent conversion of Christchurch (my old country… Read more »

actually you have made me feel really homesick – and only Aucklanders have an accint.

Yes, and curiously it made me homesick too! Even if NZ is the world’s worst place for skin cancer (breaking news)

I agree and I’m always encouraging friends who have never been to give it a go. Much to see and do and apart from Auckland the people seem to be in much less of a hurry…