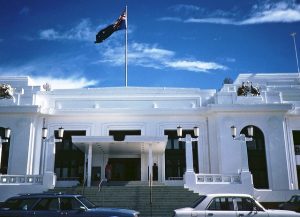 If one believes that the Australian government will delay holding a Federal election until the last possible date (May 18) that’s just 92 sleeps away. Given the Morrison government’s historic defeat (75/74) when Parliament passed the so-called Medevac Bill, this week, I can’t see ScoMO heading up the hill to the Governor-General’s whare* for an early election. The electorate is clearly polarised and there is a high degree of suspicion about what both major parties say they’ll do and what they actually do when in power.

The problem for political parties running campaigns in such a tense environment, and why they need every one of those 92 days, is to work out how to recapture the estimated 3.14 million Australians who do not participate. That’s right, even though we’ve had compulsory voting since 1924, that’s the estimate of how many people failed to vote in 2016.

The Australian Electoral Commission (AEC) analysis found that turnout at the 2016 House of Representatives was 91%, the lowest recorded since the introduction of compulsory voting ahead of the 1925 Federal election. Turnout at the 2016 Senate elections at 91.9% was also the lowest recorded since the 1925 federal election. The missing include 1.78 million who were enrolled but did not vote, an estimated 816,000 who should be on the roll and aren’t, and 550,000 who cast a ballot paper but either filled it in incorrectly or deliberately defaced it (informal).

We know some scrutineers who, over drinkies after election night, swap notes on the best insults or graffiti on informal votes. Penises are common, so too an added box to tick with a substitute name, e.g. “Duck, D (Animal Welfare Lobby), “Trump, D (Socialist Left) or SCOTLAND!

The informal vote includes ballot papers where voters intended to make their vote count but did not fill it in correctly. Australia’s enormous Senate ballot paper, which can have more than 100 candidates, claims many victims in this way.

Why are these numbers so important, then? In 2016 the not-for-profit Y Vote claimed that people aged 18-24 who were not on the roll, didn’t show up, or voted informally could have swayed the election result one way or the other in 10 marginal seats.

Y Vote calculated wasted votes using AEC data that one quarter of Australians aged 18-24 were not enrolled. The number of wasted votes outnumbered the margins several times over in key Liberal marginal seats.

The founder of Y Vote, Skye Riggs, said young Australians felt their voices were not valued because “they don’t see politicians investing a lot of time in them”.

I’d say the close tussle between the Ayes and Noes on the Medical Evacuation Bill reflects a deeply polarised electorate; polarised and politically volatile. Remember the Wentworth by-election – when former PM Malcolm Turnbull’s solid blue ribbon seat went to cross-bench Independent Senator Kerryn Phelps? There’s no telling what the people will do.

After reading on Monday how Labor intended to insist on amendments to the Medevac Bill, She Who Takes Direct Action rang Bill Shorten’s office. She was assured Labor was not going soft on the Bill but was just ‘having a look at the language’. As it turned out, Labor wanted three amendments (one of which insisted upon a ‘character test’). Labor wanted the Minister rather than doctors to have the final say on who is flown to Australia for treatment. The Greens refused to support the amendments as proposed.

A late amendment to Dr Phelps’s Bill stipulated that the advisory panel picked by the government to oversee decisions, receive no remuneration for their role. This nicely worked around the government’s late-mail advice that the Bill was unconstitutional.

It is important to note, given the government’s steamy rhetoric that it will encourage people smugglers to send more boats, the Medevac Bill applies only to the cohort currently held on Nauru or Manus Island and is (thus far) not extended to new arrivals.

One ought not to forget, as an astute friend reminded me last week, that 80% of Australians voted for either the LNP or Labor at the last Federal election. She reminded me that Labor’s policies on immigration and refugees are not that dissimilar to the current regime. Bill Shorten’s speech to the Labor Party conference last year made that clear enough.

…It is not a crime to want to come to this country. But it is a crime to exploit vulnerable people, to put them in dangerous and unsafe vessels, and have them drown at sea.

We cannot, we must not and we will not permit the re-opening of their trade in human desperation and the drownings and the irreplaceable loss of life that it brings.”

To this end Labor would insist upon:

Those who do not care for selective quoting can look it up (Chapter Nine of Labor’s policy platform).

So while Labor appears to be prepared to give the poor a better deal (e.g. promises to review NewStart and fast-track the NDIS), if you vote Labor you are voting for a continuation of the policy of processing asylum seekers and refugees through offshore detention centres.

Offshore processing is just one of the many important issues one could sift through when deciding who would best represent a voter’s interests. There are other key issues (many now showing up in the ABC’s social media poll), including climate change, the environment, water security, health and education, not to mention whether any government should allow a foreign company to dig up Australian coal and export it.

I was talking to a Labor stalwart who had been door-knocking in one of the Sunshine Coast’s blue-ribbon seats, electorates where you’d need a 11% swing to unseat the incumbent. Our doorknocker persisted, even when faced with less than polite rebuke from Sunshine Coast Tories. What surprised him, though, was the level of ignorance/apathy: “What? Are we having an election? When? Why?”

Some of those people were probably among the 1.78 million who were enrolled but did not turn up in 2016. No doubt some of them received infringement notices and a $125 fine.

The AEC says declining voter turnout observed at Australian federal elections reflects international trends. Voter turnout has been steadily declining in most developed countries over several decades. How do we lift our game, then? And why is it that Malta’s best voter turnout (92%) exceeded Australia’s effort, yet Malta does not have compulsory voting? Perhaps Malta is less exposed to ‘shouty’ commentators?

Defence Minister Christopher Pyne declared on Monday that politics in Australia was “trapped in a self-obsessed and panic-prone spiral that is damaging Parliament’s ability to work for the good of voters.” (Probably the first and last time I’m likely to agree with Christopher Pyne. Ed)

He told the Sydney Morning Herald’s David Wroe the political environment, which had bowed to irrational pressure from “shouty” commentators, was not good for the country and that he can’t see that changing.

Yep, that ought to get the 3.14 million Australian slackers motivated to contribute to the political process. No worries, mate!

I would like PM Morrison to stop shouting at me first. Then I would like us to stop obsessing about how to protect our wealthy lifestyle from people who are running for their lives.