Home Friday on My Mind Rego and other relics

Rego and other relics 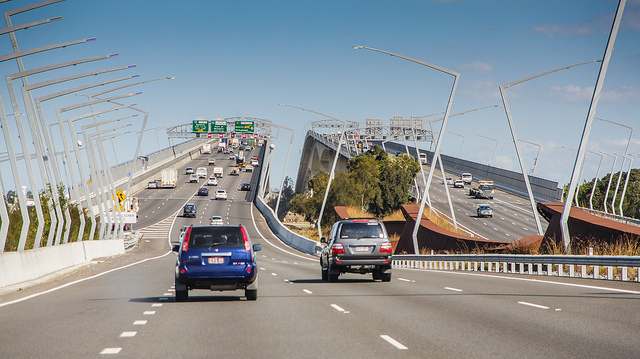 When you are on a fixed income, nothing focuses the mind more than the arrival of the rego notice. It’s not just the heft of the car registration bill, but the knowledge that if you forget to pay, there’s a high risk of adding hundreds of dollars in fines to the tally.
But here’s the thing, and if you have been living under a large rock in the bush you may not know this, car windscreen registration stickers are no longer required. Trucks over 4.5 tonnes and boats still need a label, but for the majority of the motoring public, there should be nothing on your windscreen in 2016-2017 but stone chips, dead bugs and the soapy streaks left by the roadside windscreen washer dude who wouldn’t take no for an answer.
Since the 1920s, motorists in all Australian states and territories had received a personalised sticker in the mail after they paid their registration (which in this country includes a third-party insurance premium). Motorists well know the time-consuming ritual of soaking, scraping or steaming the old one off (and you could be fined for not doing so).
Rego (see how we Australians like to shorten words), lasts for 12 months although increasingly those strapped for cash opt to pay for six or even three months at a time.
Since mid-2013, all states and territories have scrapped the need for a rego sticker, citing a need to cut red tape and strive for efficiencies. The police have electronic mobile tools now, they reasoned, where they can look up a vehicle in an instant and tell if it is registered or not.
The initiative was not all about cutting red tape. The costs of producing and distributing rego stickers varied from state to state, but safe to say the Australian total was well over $3 million a year.

A report in the Sunday Telegraph in late 2014 said the New South Wales government had raised almost $70 million over two years, catching 110,000 unregistered drivers. And 52,871 penalty notices were issued in the first 10 months of 2014, raising more than $32.4 million, almost double the amount raised through issuing 34,085 fines in 2010.
The Tele being the Tele, the reporter talked to an indignant family man (who was fined $600 for being two days overdue), and took pictures of him and his kids (who were in the back seat when he got pulled over).
The rego sticker used to be a constant reminder that the time to stump up another $600 or so was getting closer. In Queensland, rego stickers had a large numeral which showed when the rego expired. Most jurisdictions issue only one notice to pay (about six weeks out), so if the letter drops out of the mailbox on a windy day and a passing dingo takes it back to its lair, that’s just too bad. Some states may post a reminder two weeks after the rego expiry, but by then you will probably have been busted.
Fines are substantial: in South Australia nearly $2,500, in NSW as much as $1,200. NSW authorities offer a ‘free’ reminder service but of course you have to hop on to a computer and register for email and text message reminders.
There is an Apple Iphone app one can download. But if one could afford an Apple Iphone, one could probably afford to pay one’s rego, or failing that, the rego and the fines. It’s a complex world.
The vital thing you should know about rego stickers is this: if yours has expired, take it off the car or risk another fine you didn’t know about. (Oops, didn’t know that. Ed.)

Meanwhile, an email prompted me to hop on the computer and log into Go Viagra, sorry Go Via, typing a bit fast there. Go Via collects tolls via the electronic tags on vehicles (that’s the beep you hear as you emerge from the Clem 7 tunnel or tool down the Gateway Bridge towards the Sunshine Coast.)
I don’t want this to turn into a whiny rant, but the first two attempts to log on were unsuccessful – problems at their end or mine, who would know. So if you are a bit disorganised, forgetful or impatient, it could be weeks before you get back to the computer to log on to Go Via and ‘top up’ your account.
I actually preferred the old system where you queued at the toll booths until an actual person leaned out of the booth and took your actual cash. We’d keep a stack of coins in the console for the occasion.
About 100 toll booth collectors took redundancies when the Gateway Bridge went fully electronic in 2009. I wonder what they are doing now?
Last week we made one of our rare forays to Brisbane to catch a couple of quality concerts. Kev Carmody was performing at the Brisbane Powerhouse, on the New Farm side of the Brisbane River. We parked the car on the other side and walked down to the ferry, thinking, what a lovely relaxing, romantic thing to do, crossing the Brisbane river by ferry at sunset.
Then my Go Card came up as expired.
Apparently because it is a Seniors Card it has a limited life, but fear not, if I go to the nearest railway station (16 kms away), they will not only give me a new one but transfer the unused credit from the old one.
So how come I don’t feel blessed?
It may be about the Smart State, cutting red tape and giving the city people a fast, efficient service, but with electronics you get glitches.

Where did the people go?

I think we need a small (air-conditioned) booth in a central location (Queen Street Mall, Central Railway Station), where a person can talk to another person about what is not working in fully electronic land.
(Presses ‘speak’ button and talks through grille)
“Excuse me, I want to complain about my Go Card – it’s stuck to my library card and I can’t get them apart.”
“You think you have problems! The sliding door to my booth won’t open and I’m fair busting.”
There is still, despite everything, the notion that a person should be paid for their work. But the work carried out on this side of an electronic transaction is done voluntarily, if grudgingly, because if not done, the electronic system does not work.
I worry about a couple of older folk I know who just cannot get the hang of interacting with the electronic world. One tried a mobile phone but gave it back to the service provider in frustration.
Another has an answering service on his landline but doesn’t use it, so the phone just rings out. I have to write letters or call my older sister on the landline as they don’t have a computer, mobile phone or answering machine. How will they deal with the inevitable time when everything we do is online or on the phone, with no ‘hard copy’ options?
I’m sorry, all of our operators are busy. Your call is important to us. Please listen to The Best of Andre Rieu until an operator is available… in approximately twenty-nine minutes.

Oh, don’t get me started on the electronic age! (Well … you brought it up, Bob.) Today I tried to update my assets list in Centrelink. It bombed half way through. So I phoned … yes, you can stop laughing now; I hung up after 15 minutes – my phone batteries were running down. So, back on line to lodge a complaint about the system hanging up on me, and guess what! Yes!! The complaint process jumped out three quarters of the way through – “proxy error”, whatever that is – possibly has an extra unintended “r”. So what have… Read more »