Home Friday on My Mind No interest at all

No interest at all 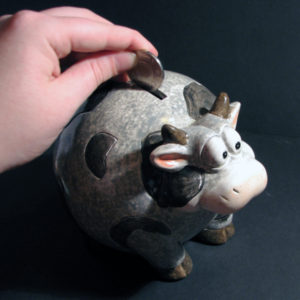 Though the headline might put you off, we must ask: why are interest rates dropping, who does it affect and where will it all end?

Few people would be unaware that the Reserve Bank of Australia (RBA) dropped the official cash rate to 1.50% on August 2, the lowest rate since records have been kept.

The supposed reason is to stimulate the economy (that is, to encourage spending and borrowing). It is theoretically OK to do this when inflation is low or falling as it is now. Conversely, as inflation rises, so do interest rates (RBA considers that this will restrain borrowing and spending).

An official cash rate of 1.50% is a huge problem for self-funded retirees such as yours truly and She Who Supports Ethical Investment. Four years ago we invested in a bank term deposit paying 5%, with interest paid annually. The annual payment dropped into our bank account this week. But where do we turn when this tiny golden goose gets killed off next year?

On current speculation, cash rates could drop to 1.25% by the second quarter of 2017. Given that inflation is currently 1%, that is a pretty skinny return.

The theory is we (self-funded retirees and younger people trying to save), will turn to the share market, where one can not only get better yields, but also the prospect of capital gains (and a tax break via dividend imputation). That means the company paying the dividend has already paid tax on it, so the franking credits (tax component) is refunded to the investor. But as we all know, the share market is volatile; you can lose money, companies can reduce or suspend dividends; gadzooks, companies can go broke and your modest $12,000 investment drifts away like steam from a kettle.

We’re told inflation has dropped from 1.7% in January to 1% in June, yet each week we seem to spend more at the supermarket and the petrol pump. House insurance premiums are rising, ditto rego, electricity and water rates. What’s really going on?

The low interest scenario, not by any means restricted to Australia, is set to continue for the foreseeable future.

Pre the GFC (2008), self-managed retirees could obtain interest rates of 6% to 7% on term deposits so their SMSFs were earning a fair, tax-protected return, sufficient to pay pensions and preserve capital (thus avoiding the inevitable dip into the public purse).

In this low interest rate environment, the biggest risk is that naïve investors will be lured into higher-rate schemes which are either unsecured and risky or just outright scams. The best known of scams is the Ponzi scheme, where a promoter offers you 12% on your investment, making interest payments with new deposits and eventually fleeing to some country with no extradition treaty.

Nevertheless, an official interest rate of 1.5% looks generous compared to the UK, US and Japan, the latter entering negative interest* territory in February. In post-Brexit UK, the Bank of England cut the cash rate this month to 0.25%, its first rate cut in seven years. The rationale for doing so was to support growth and return inflation to a sustainable target of 2%. UK inflation was 0.3% in May, so we can see what they mean.

Steve Worthington, adjunct Professor at Swinburne University of Technology revealed an odd cultural reaction to negative interest rates in an article written for The Conversation.

One month after the Bank of Japan’s decision to unleash negative interest rates, applications to join the loyalty programmes of Japanese department stores such as Mitsukoshi, Daimaru and Takashimaya (which offer discounts on goods of 5% to 8%), were 100-200% higher than in the same month of 2015.

Such consumer behaviour undermines the intentions of the central banks. Prof.Worthington proffers that if the weapon of negative interest rates does not work as expected on currency values or domestic consumption and investment, what else is there left to deploy to prevent deflation and a further slowdown in economic activity?

Prof. Worthington says negative interest rates are intended to boost domestic demand by forcing banks to lend money out and encourage consumers to both borrow and spend.

But they cannot bank on the unpredictable behaviour of individuals and organisations. Prof Worthington referred to the unexpected result this week after New Zealand’s central bank cuts its cash rate to a new low of 2%.

“Rather than that lowering the value of the NZ dollar, it has actually sent their dollar higher – economics theory meets reality and is found wanting!”

Many Euro Zone countries are already in negative interest mode, Japan has just joined the club and the US (0.5%) and UK (0.25%) is as close to zero as you can get. There are even a few economists in Australia who believe we could be at zero interest within a couple of years.

A collaborative essay in the Wall Street Journal examined the trend to negative rates, uncovering some evidence the policy was backfiring. The authors wrote:  “some economists now believe negative rates can have an unintended psychological effect by communicating fear over the growth outlook and the central bank’s ability to manage it.”

If the primary motive of low or zero interest rates is to encourage citizens to borrow or spend, it appears to be a lost cause. The OECD index of household savings shows savings are high and likely to go higher in countries such as Germany, where the percentage of disposable income which is being devoted to saving rose to 9.7%, and is forecast to rise to 10.4% this year.  The OECD also forecasts the rate to rise in Japan.

While Australians now are saving just under 10% of their disposable income, in the noughties we were saving virtually nothing and gearing ourselves into unsustainable debt.

A Federal Treasury paper, The rise in household saving and its implications for the Australian economy, theorises that had household savings remained at  2004-05 levels, consumption would have been 11% higher than its current level – about 6% of GDP.

“The primary effect of the turnaround in household saving has therefore been to reduce the extent to which interest rates and the exchange rate have needed to rise to maintain macroeconomic balance.”

The paper noted that subdued household spending will also present challenges to the retail and residential construction sectors.

So what does the average punter do – buy a safe (apparently ‘trending’ in Japan), stash the cash under the mattress, buy gold bullion, collectables or vintage wines?

You can still find a few banks with term deposit rates around 3%, though the rate does not vary much between six months and five years.

Self-funded retirees who need a certain level of return to maintain their lifestyles have only a few options: take riskier investment strategies (hybrids, debentures, unlisted property trusts), dig in to capital; apply to Centrelink for a part-pension or (shudder) start job-hunting. (Either that, or forget about that trip overseas…Ed).

*instead of receiving a return on deposits, depositors must pay regularly to keep their money with the bank.

You could always move to Argentina, where you can get 27% or so on your money. Inflation’s running at 40%, but.
Edward

Yes we seem to be entering uncharted territory in macroeconomics. I don’t know if the boffins in Treasury have the answers let alone the politicians. Certainly monetary policy looks to have reached the end of the line. Economic theory is based on an assumption of scarcity of supply and boundless demand, but in some sectors, like manufacturing, that ain’t necessarily so. I’ve got a couple of theories: I think with technology production has become so much easier so there is an oversupply of goods in the world relative to what the few with money can reasonably consume; I think the… Read more »