Home COVID-19 Martial Law Or Just Do What You’re Told?

Martial Law Or Just Do What You’re Told? 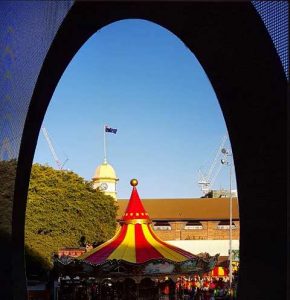 This may be Good Friday, but by any definition it’s not all that flash, given varying states of emergency in Australia and attempts to police COVID-19 restrictions (emergent but not quite martial law).

Well may you scoff, as hysteria spreads in the US about the very real prospect of the Commander in Chief ordering the armed forces to take over. Outspoken New York governor Andrew Cuomo has dismissed martial law rumours in his state, although he has tightened business restrictions. As always, the global situation changes by the day.

According to <militarynews.com>, there are more than enough believers that martial law could soon apply in some US states. As we should know, that means the abandonment of civil liberties, free speech and all recourse to legal protections through suspension of habeas corpus. This has happened in recent times in countries relatively close to us, including Fiji, East Timor and Aceh.

Martial law occurs when military control of normal civilian functions is imposed by a government. Civil liberties, such as the right to free movement or protection from unreasonable searches, can be suspended. Civilians may be arrested for violating curfews or for offences not considered serious enough (in normal times) to warrant detention.

The United States has imposed martial law in one or more States on more than a dozen occasions since the formation of the Union. Most were declared because of wars, civil unrest or natural disasters. President Trump has more wiggle room in 2020, thanks to John Warner’s National Defense Authorization Act, brought into law by President George W. Bush on October 17, 2006. In addition to allocating funding for the armed forces, it also gave the president the power to declare martial law and to take command of the National Guard units of each State without the consent of State governors.

The Atlantic reported last month on the extraordinary power available to the President simply by invoking a ‘national emergency’.

This delivers more than 100 special provisions not usually available in peacetime. For example, he can shut down many kinds of electronic communications inside the US, freeze Americans’ bank accounts and deploy troops inside the country to subdue domestic unrest. As The Atlantic’s Elizabeth Goitein observes, it would be OK if one trusted the President to do the right thing. But she points to past abuses, such as President Roosevelt’s rounding up and detaining Japanese nationals, even US citizens, after the bombing of Pearl Harbour. More recently, George W Bush supported programmes of wiretapping and torture after the 9/11 terrorist attacks.

As far back as the Civil War, some presidents have had misgivings about martial law. President Lincoln defended the suspension of habeas corpus, saying that while it was constitutionally questionable, it was “necessary to preserve the union”.

It may surprise readers to find that Australia was subject to martial law, notably Tasmania and NSW, during the Frontier Wars of the late 1800s.

Governor Arthur declared martial law (against indigenous peoples) in Tasmania in November 11, 1828.  Soldiers were given the right to apprehend without warrant or to shoot on sight any Aboriginal person in the Settled Districts who resisted them. The edict stressed that tribes that surrendered should be treated with every degree of humanity; and that “defenceless women and children be invariably spared”.

The Tasmanian state of martial law remained in place for three years. Meanwhile, Governor Brisbane introduced his own version of martial law in New South Wales. I have lost count of the Australians who have told me “we were never taught that at school”. Even now, some of the evidence is disputed, but at least there’s enough of it out there to make up your own mind.

Roll forward to 2020 and we have an executive Cabinet running Australia, only recalling Parliament one time, to vote on spending a lot of money to keep the economy in ‘hibernation’. There is a bi-partisan delegated legislation committee to oversee these measures, but how much influence does it really have?

The most sensible analysis I’ve read of this National Cabinet Committee is from libertarian blog, <Cattalaxyfiles>.

The writer describes the Cabinet (the nation’s first ministers – the Prime Minister, premiers and territory leaders), as an attempt at ‘cooperative federalism’. But he argues it has no constitutional authority.

“The Commonwealth might not actually have the power to do many of the things that are currently being done. The States do. The ‘National Cabinet’ is an unconstitutional fig leaf that allows the States to coordinate their activities while appearing to have a unified national approach.”

Even with just a humble State of Emergency in place, Australian citizens have reportedly been subjected to harassment by police in NSW. Can someone sit on a park bench and eat a kebab? Not if the police have spoken to the same guy twice in the same day, apparently.

Life seems relatively benign in Queensland, compared with zealous police patrols of NSW streets, markets, shopping centres and beaches. Nevertheless, Queensland police have the power to order you to move on (when did they not?) and if you are flagrantly breaking the rules (using a kids’ playground for example), expect to get run in.

But is this anything new?

The National Museum of Australia may be closed, but you can still read online a summary of stern health measures taken by Australian authorities in 1918 and 1919, during the Spanish Flu pandemic’.

“The Australian Quarantine Service monitored the spread of the pandemic and implemented maritime quarantine on 17 October 1918, after learning of outbreaks in New Zealand and South Africa.

“The first infected ship to enter Australian waters was the Mataram, from Singapore, which arrived in Darwin on 18 October 1918. Over the next six months, the service intercepted 323 vessels, 174 of which carried the infection. Of the 81,510 people who were checked, 1102 were infected.”

Despite all best efforts, the illness spread and 15,000 people died of pneumonic influenza, the nation’s name for Spanish Flu. The death toll equated to 2.7 people in every 1000, one of the lowest death rates in the world.

History will show whether or not we can improve on this, more than a hundred years later. Much depends on how long we can all hang in there under virtual house arrest. The cancellation of the Royal Queensland Show (the Ekka) is a clear sign that authorities expect the pandemic to still be around in August.

Authorities decided that exposing up to 400,000 people to the coronavirus was too big a risk. Also, the State government has taken an option over the 22ha Brisbane Showgrounds site for temporary hospital accommodation, just as it happened in 1919, at the peak of the ‘Spanish Flu’ pandemic.

We can only imagine what a blow the Ekka announcement was to the State’s farmers – their annual chance to leave the drought and bushfires behind, put on their best duds and escape to the city.

It’s for the best, they say, but we don’t have to like it.