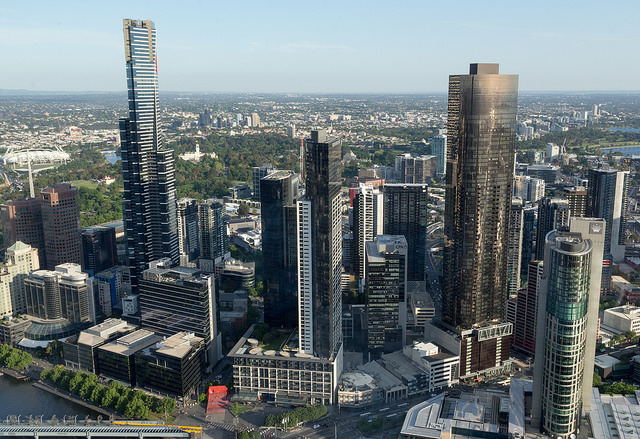 The inspiration to start writing (again) about housing affordability came from left field. I was sitting back enjoying an American roots band, The Brothers Comatose, at the Blue Mountains Music Festival in Katoomba. Lead singer and front man Ben Morrison introduced the band, saying they were from San Francisco but maybe not for long. “The price of houses is crazy there (man) and most of the musicians I know are moving out because they can’t afford to live in the area.”

“Maybe we could move here,” he suggested, and the audience groaned, knowing that housing affordability is just as big a problem in Sydney and surrounds as in San Francisco, Vancouver, New York or Paris.

“Can we sleep on your couch?’’ he jested, before doing what musicians do to avoid thinking about the cost of living. Great band, by the way (check out this bluegrass old-style tune around one microphone).

Morrison’s complaint rang true – I did a modicum of housing affordability research which quickly showed that the median price of a house in San Francisco’s Bay area clipped $US1.5 million in the fourth quarter of 2017. The California Association of Realtors Housing Affordability Index shows that it would cost $US7, 580 a month to service the mortgage. The average monthly rent for a two-bedroom apartment is $US3, 441.

Housing affordability is a myth in Vancouver, Canada’s biggest West coast city. The 14th annual Demographia affordability study ranked Vancouver the least affordable among 50 American and Canadian cities. Internationally, it is ranked the third least affordable city among 293 locations around the world (Sydney was 2nd). The British Columbia Provincial Government has made several attempts to rein in the city’s galloping real estate prices, including a 15% tax on foreign nationals purchasing metropolitan real estate. Another new measure attempts to tackle a problem that plagues Sydney and Melbourne, Australia’s housing affordability problem cities.

The BC government conducted a survey which found that 8,481 houses in Vancouver were unoccupied during a six-month period. That’s 4.6% of the housing stock. Now the government is going to levy a tax on people who own houses and don’t occupy or rent them. The tax will be calculated at 1% of the assessed value. So the owner of a two-bedroom condo in Vancouver valued at $900,000 and deemed to be unoccupied will pay the BC government $9,000 a year.

Meanwhile, the housing boom in Vancouver is on the downturn, according to the Vancouver Courier, and they should know. Still, with a median house price around $3 million (Dec 2017) and condos going at $1 million apiece, it’s maybe time for that bubble to lose some air.

Melbourne and Sydney made into Demographia’s top 10 list of the least affordable cities in the world. Sydney’s median house price of $1.11 million assured it of that invidious claim. Demographia ranks middle income affordability using a price-to-income ratio. Anything over 3 is rated unaffordable. On this basis, some of the world’s most affordable towns included Youngston, Ohio (1.9), Moncton, New Brunswick (2.1) and Limerick, Ireland (2.2). There are no affordable Australian cities on Demographia’s watch.

Studies have shown that Melbourne is one of the big culprits in hiding empty houses among its residential property stock.

Australia’s 2016 Census showed that 11.2% of Australia’s housing stock was described as unoccupied on Census night. Empty property numbers were up 19% in Melbourne and 15% in Sydney compared with the 2011 Census. This growing anomaly is a global trend in the world’s biggest cities which have allowed rapid apartment developments.

Just why 1.089 million houses and units were unoccupied on Census night is hard to explain. But it probably suggests the owner/s were not in need of rental income and would rather keep the place in mothballs for use when the wealthy owners or friends and relatives visit (for the Australian Open, Melbourne Cup or the Grand Prix) or are relying on capital gain without the need to bother with tenants.

Hal Pawson of the University of NSW wrote in The Conversation that the spectre of unlit apartments in Melbourne’s night sky prompted the Victorian government to introduce an empty homes tax. Like Vancouver, this is levied at 1% of the property’s value. Similar taxes have been introduced in Paris and Ontario. Mr Pawson, Associate Director – City Futures – Urban Policy and Strategy, City Futures Research Centre, Housing Policy and Practice, UNSW, (try getting an acronym out of that. Ed.)  says the Melbourne tax only applies to inner city and middle suburbs and, there are ‘curious’ exemptions for foreign nationals with under-used second homes.

The flaw in the scheme is that it relies on self-reporting. Pawson says the lack of reliable data on empty homes is a major problem in Australia.

Pawson says these “cruel and immoral revelations” come at a time when 400 people sleep rough in Sydney every night and hundreds of thousands more face overcrowded homes or unaffordable rents.

He says Australia has a bigger problem in terms of under-utilised occupied housing. Australian Bureau of Statistics survey data shows that, across Australia, more than a million homes (mainly owner-occupied) have three or more spare (read unused) bedrooms. A comparison of the latest statistics (for 2013-14) with those for 2007-2008 suggests this body of “grossly under-utilised” properties grew by more than 250,000 in the last six years.

While authorities are grappling with the issue and how to perhaps tighten foreign ownership laws, the ANZ Bank did its own survey. Foreign buyers were playing an increasing role in spurring demand for new houses and apartments, it found. The ANZ analysed Reserve Bank data to conclude that in 2015-2016, foreign investors bought between 30,000 and 60,000 dwellings in Australia. This equates to 15% to 25% of all new dwellings, 80% of which were apartments, which can be bought ‘off-the-plan’.

There is good reason to suspect that the new apartment markets in Hong Kong, Vancouver, London, Paris and other desirable world capitals are underwritten to some extent by foreign nationals (including Australians).

The problem which could arise, say in the case of a global recession, is what happens in cities like Melbourne and Brisbane where foreign investors have bought up to 35% of new stock, if these owners are forced to sell.

Not to worry, most big box discount stores will give you a large cardboard box in which to live. The dumpster bins behind shopping centres have perfectly good food that’s just been chucked out because it has passed the use-by date.