Home Friday on My Mind Deeper in debt 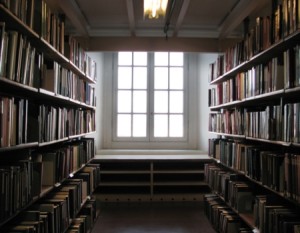 You’d think that after 42 years’ experience handling credit cards Australians would have wised up to over-using their high interest card/s and getting into debt.

Research by comparison website finder.com.au shows that Aussies are up to their eyebrows in credit card debt.

Finder’s analysis of Reserve Bank of Australia data shows that we have $18 billion more credit card debt than we did a decade ago and we have 16.3 million credit card accounts – equivalent to 90% of the adult population.

Notwithstanding, one of my better later-life decisions was to keep my credit card with its modest limit, as it allows me to pay for concert tickets, annual subscriptions, overseas airfares and travel and thus defer payments to hopefully co-ordinate with monthly pay days.   But even at that rate, it is alarming how quickly one comes to owe $1,450 and there’s only $1,369 in the bank account.  And as we all know, if you don’t pay the balance off by the due date, you incur interest as high as 23%. I’m aware that folks who are living beyond their means commonly go card-shopping and pay off one balance by incurring a debt on the second card.

The great expansion in borrowing goes back to 1974 with the introduction of Bankcard; long before many of you who are having panic attacks right now were even born. Bankcard was the first credit card, but within 18 months it was broadly accepted, with 1.054 million users and 49,000 merchants on board.

Of course my parents’ generation were aghast, they of the ‘never a borrower or a lender be’ class. They saved up for stuff, or put it on lay-by. What – you’ve never heard of lay-by? Let’s say you are in (leading department store), when a fabulous crystal chandelier catches your eye.

You go to the lay-by counter and enter into what the ACCC defines as an agreement to pay for the goods in at least two instalments. You do not receive the goods until the full price has been paid.

The beauty of lay-by is that you get a cooling off period, so if you get home and show the wife pictures of the fabulous chandelier on your IPhone and she spits the dummy, you can cancel the lay-by agreement and the business will refund your deposit and all other amounts (except for the termination fee).

The Australian Payments Clearing Association (APCA) has an intriguing timeline which shows the development of finance and credit in this country. Notable is the emergence of international credit cards in the 1980s (visa, MasterCard) which ushered in a new era of competition. Along with nifty initiatives like awarding frequent flyer points on credit card use, rival credit card providers enticed people away with tempting (introductory) low or no-interest periods. In those days hardly anyone charged annual fees, so some people used their cards to buy groceries.

Hassan says the data shows that 90% of people aged 18 and over have one credit card (on average), an increase of 79% from 2004. In warning that the market appears to be reaching saturation level, Hassan says that while a credit card is a convenient, short-term way to borrow money, you can quickly reach dangerous levels of debt.

There are a range of comparison websites like where you can find a snapshot of credit card provider terms. Consider this a moving target, but a quick perusal of Infochoice showed interest charges ranging from 10.99% to 23.50%. Most providers charge an annual fee ranging from $30 to $399. Virtually all offer an interest-free period of 55 days.

Taking the Extreme case, if your $20,000 limit card is ‘maxed out’ and you are paying 15% interest and an annual fee of $165 (due tomorrow), and you’ve just lost your job, it could be time to sit down with your credit card provider and come to an arrangement.

“Look, I can give you $10 a week, every week. Or I can declare myself bankrupt. Your choice.”

There’s a fair chance after a year or so Mr Extreme’s circumstances will have improved and he can afford to pay back the minimum on a debt which over a year has become much larger, but he’s not bankrupt.  He may even have sought advice from a personal finance counsellor.

Bessie Hassan lists a few things credit card users can do if they think their card usage is getting out of control:

Changes to consumer credit laws in March 2014 means it does not take much to get a black mark on your credit rating. Before, it would take a string of missed payments before a default notice appeared on your credit report. Now, a payment missed by 14 days can trigger a default. As anyone who’s been oversea on holidays and thought the payment could wait now realises, it can’t wait.

According to the Australian Retail Credit Association, 59% of Australian consumers do not know credit reporting works and are not aware of these changes.

But what about the third-world?

Ah, but this what we middle-class Aussies call a “first-world problem”. Time for a seemingly unrelated segue. You’ll hear a lot this weekend about asylum seekers being detained offshore at the behest of the government we elected (unhappily, a position supported to by the Federal Opposition).

Asylum seeker and refugee advocacy groups will be holding rallies and marches on Palm Sunday, once again trying to make this a major election issue.

So even if your housekeeping has revealed it will take until Easter next year to pay off those three credit cards that seemed so alluring at the time, what’s one more book, bought new and donated to those poor buggers detained without charge on Manus Island, Nauru, Christmas Island or in mainland detention centres?

As Amnesty International found, there is an insatiable appetite for multi-lingual dictionaries in Australia’s detention centres. Donors have so far given Amnesty 4,200 dictionaries in Farsi, Tamil, Vietnamese and other languages. Each dictionary will be hand-delivered or individually mailed to someone who’s asked for one, along with a message from the donor.

However tempting it might be to buy the Arabic translation of Noam Chomsky’s World Orders – Old and New (yes, there is such a thing), a Hindi dictionary or a set of Beatrix Potter books for the little detainees would be a better choice. Get your card out and start looking at ways to help. #LetThemStay.

Enjoyed reading this Bob. A matter dear to my heart, i.e. the BIG overspend by Aussies on their credit cards. The spending is done mostly on purchases that they could do without, wait for or not consume “right away”!!

Kathrymn,
Not that I looked at the breakdown of statistics but a friend said he thought the 18-25 cohort would own most of that debt.
Bob