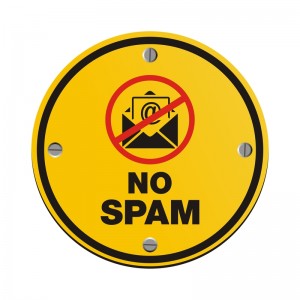 Every so often I go to this WordPress website and read flattering messages from people who say they can give me a virus. That is to say, they think my blog could go viral easy, excoriating the worldwide web with my witticisms (I added that bit).
“Your very good,” (sic) reads one. “You can get monetize easy for small investment.”
“Very admiring of your postings which go viral easy with good back links,” says another.
“Viagra, Viagra,” said one message, which somehow reminded me of that obscure Canadian movie about a girl with Tourette’s and her petty thief boyfriend going to see one of the wonders of the world.
I usually delete such messages as the email address is often not recognisably kosher and if you follow the links (independently) it leads to some e-consultant who promises to lift your voice above the clamour. I have done research on SEO, tags, back links and so on. I do the basics then go to see if the postie’s been.

Ninety percent of the real feedback comes direct to my email inbox from people on the list to which this weekly rant is sent. Some have their heads around the possibilities of commenting online and do so. The protocol is you are supposed to reply and perhaps a debate will ensue. When first starting I made it possible to comment on every online column, but this attracted a vast volume of spam. Correspondence is now restricted to the last two columns, but even so, the spam has to be winnowed out from the real insights.

Chariot before the steed, ahem

Most people start writing a blog then ask people to subscribe. I already had a list, so I emailed FOMM to them and put it on the website as an afterthought. The email list has grown exponentially through friends of friends, so I feel a sense of validation when someone completely unknown to me subscribes online (and stays subscribed).
I should be flattered they found FOMM inside the vast galaxy of facts, factoids, opinion, porn, trivia and Content we still call The Worldwide Web.
So here’s a few insights from the people who write directly to me – on average 20 emails a week and not always from the same people. Let’s continue the practise of inventing nicknames to sort of preserve their privacy. If you think you recognise people, you sort of probably do.

All the little birdies go…

“You need to get on Twitter,” Mrs Kissinger wrote quite some time ago. “It’s where all the intelligent thinkers are.” The column is posted on twitter every week but that’s about the sum of my twittering, although lately I have taken to retweeting (relaying something you find interesting to friends on Twitter, Facebook etc).
My music specialist, who shall go by Franky’s Dad, maintains a music trivia website where he uses contacts all over the world to get to the bottom of such arcane material as Chubby Checker’s little-known dope smoking song, “Stoned in the bathroom”. FD already told me he didn’t follow that genre, but went to the trouble of finding someone who does.
He said last week’s column about Allegri’s Miserere sent him searching for the CD and, while he was at it, looking for other sacred music pieces (including Stabat Mater), which he’d often listen to after a hard day in the classroom. I relayed this to our choir director Kim (his real name), who is always looking for a musical challenge.
Kim is almost always first to respond on Fridays. He and Big Hand (who frequently gives me the big blue thumbs up on FB), reply within minutes, it seems, using a few choice words: “Awesome. Funny. Spot on. Good one, Bob, or “You need to get out more.”

Apropos of last week’s missive, I had no idea how many people actually studied (and enjoyed) Latin at school. Auntie Dee reckons the medical world is full of it (Latin) and it is also a useful language to learn if you plan to study the sciences, said Barbs, who tried to encourage her son by incorporating mottos like nils desperandum into everyday conversation.
Mr X reminded me about mens rea which in a criminal case means the prosecutor has to prove an intent to commit the crime, rather than whatever you did being an accident. Fiddler on the Roof, who communicates rarely, had only this to say: Si hoc legere scis nimium erudittionis habes! (Google translate: “If you can read this you are erudite.”)

If erudition is your thing, there are places on the worldwide web where you can find lengthy intellectual essays. I find it a little disconcerting that some of the keenest FOMM readers prefer essays that run to 6,000 or 7,000 words. The well-read Consiliumque Oppido subscribes to longreads and thebigroundtable, both of which welcome well-researched articles of that length.
The international standard word-count for a well-known newspaper columnist is around 700 words. Good writers can do a lot with that, but they can’t go off on a tangent and come back again, as I sometimes do within 1,200 words.
Long reads are something to which we writers should aspire; they win awards, get republished and some even pay money.
It is not the finding of the article that counts, though, rather the time it takes to read and digest a 6,000-word essay. There is a reason why the most effective Facebook post is 40 characters.
Finding quality reads online is a laborious process, so make sure once you have found a reliable essayist like Gwynne Dyer, bookmark the website.
Or, as Big Hand and Franky’s Dad do, enlist the help of Instapaper or Pocket to save interesting things to read later on your Iphone, Ipad or Kindle device.
Large commercial websites like The Monocle, The New Yorker, Longreads, Slate.com, The Monthly, The Huffington Post (which has this week launched an Australian edition), are easy to find. They have marketing budgets and IT people who know how to go viral easy.

The blogosphere is harder to penetrate as there is no high street shop with a neon sign saying Bloggers. Many people start a blog then do not persevere for a variety of reasons, so the link is out of date or 404. Or the blog had a shelf-life (Notes from our 2008 Tour) and is now just an archive.
The Australian Writers Centre in Sydney has invited blog submissions for the past few years so their judges could decide who is “best in show”. The regular winners of the AWC competition are usually travel, cooking, health and well-being or raising children blogs. There are some interesting news/comment blogs nonetheless, including News with Nipples. Koori Woman and The Flying PhD.
The AWC is not running the competition this year, but is promising a new blogosphere initiative. They should definitely think about encouraging young writers.
Essays by the winners of the Whitlam Institute’s What Matters competition, open to senior high school students, are well worth a look. The 2014 winner wrote about rape in a most compellingly personal, but allegorical way. The runner-up’s iconoclastic take on heroes and villains was quite original. If we have thinkers like this coming into adulthood in Australia, there’s hope for us yet.

Re Latin – I think other people should be encouraged to learn Latin. I was forced into for four years as it was then needed for entry to Oxbridge (which was not on the agenda of my red brick family). The final report from my Latin teacher was ‘totally lost’. Correct. It did not gel with me, but other people enjoyed it. Such people should have the opportunity to learn it – otherwise this close to terminally moribund language will die – (the Catholics seem to have given up on it) which is a pity because biological scientists need to… Read more »