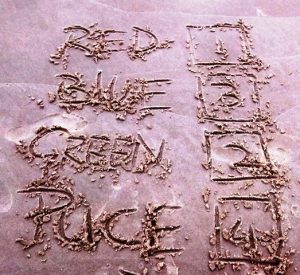 I wasn’t born in Australia, but I got here as quick as I could, and have been here a long time, having been educated in Brisbane (or at least I went to school and University there.) But I don’t recall being taught anything about our voting system. Perhaps it was considered to be not all that relevant, as the minimum voting age was 21 at the time.

After finishing a Dip.Ed. at the University of Queensland, I eventually landed a teaching job in Stanthorpe – regarded in those days as a ‘hardship’ post, perhaps because it was considered to be a long way from Brisbane and it was rumoured to snow there at times in winter.

As most teachers would have experienced, the newer teachers were generally assigned to what was considered to be the ‘less desirable’ classes – in my case, this included the 9B2E2- Industrial Boys class. I really liked those kids and found them to be intelligent and respectful. We all struggled through sessions of ‘Citizenship Education’, known, it must be confessed, by teachers and students alike, as ‘Shit Ed’, such was the turgid quality of the textbook.

Having to teach the subject did, however, result in my having first to grasp and then explain the concept of ‘preferential voting’ to my class of young boys.

So, dear readers, it has come to this – there’s an election on in Queensland tomorrow to decide whether we’re to have three years of a Labor Government (we will have four year terms from 2020 onwards), or whether the Liberal-National Coalition will resume where they left off nearly three years ago. There is, of course, the possibility that Pauline Hanson’s One Nation may get the nod.

In a system which I understand is particular (some would say peculiar) to Australia, voting is compulsory and elections are decided by a system of ‘preferential voting’, rather than the more common ‘first past the post’ system used in most other countries. To add to the complications, Queensland has reverted to ‘full preferential voting’, rather than the ‘optional preferential’ system used last election. This means that we must now place a number next to every candidate on the ballot paper in order of preference. Until recently, I was unaware that this change had occurred. I suspect this move was done rather quietly in some midnight Parliamentary sitting, but it may have just been the fact that I have, for some time, eschewed reading newspapers and watching TV news.

Those who already have a grasp on our voting system may choose to stop reading now, or continue if you’re curious to see whether someone who wasn’t born here can actually understand and explain the intricacies of ‘preferential voting’….

[For those not living in Queensland, the main parties contesting the election are Labor (incumbents- centre-left oriented, the original ‘workers’ party’); LNP- a coalition of Liberal (not the North American version of Liberal) and National parties (centre-right); Pauline Hanson’s One Nation (further to the right on many issues, populist); The Greens (emphasising environmental and social issues) and Katter’s Australia Party (rural conservatives). Some electorates will also have ‘Independents’- not officially aligned with any party.]

The ‘first past the post’ system of electing representatives has never been the case in Queensland. Preferential voting was introduced here in 1892 – 26 years before Prime Minister Billy Hughes introduced it for Federal elections, including the Senate. The rationale apparently was to allow competition between the conservative parties without risking seats. That worked out just fine, then.

The drawback of the preferential system is that a person can win a seat with as little as 35% or even less of the popular vote, providing there are more than 2 candidates vying for election in that seat. Of course when there are only 2 candidates, ‘preferential voting’ is not really relevant, as one candidate is bound to secure more than 50% of the valid votes on the first count. (I did ask Mr FOMM what would happen if there was a draw – we came to the conclusion that there would have to be a by-election. Any better ideas?)

To give an example of the ‘first past the post system’: – in this imaginary electorate, there are 1000 valid votes cast.

Candidate B from the ‘Up the Workers’ party gets 300 votes

Candidate C representing the ‘Treehuggers’ gets 200

Candidate D from the ‘Please Explain’ party gets 125

And Candidate E – an Independent gets 75

If this were ‘first past the post’, candidate A from the ‘Let’s Not Party’ party would win, leaving 650 electors NOT getting their choice of candidate.

The new count is:

Finally, we have a winner – candidate B from the ‘Up the Workers’ party is the first,  second (or third) preference of the majority of voters. I guess you could say this means ‘B’ is the least disliked of the candidates, so gets the nod.

So over to you, good Queenslanders. Be sure to vote on Saturday, and don’t forget to number all the squares on the ballot paper to be sure that your vote counts. And in the true tradition of elections, have a polling day sausage in a blanket and be nice to the people distributing ‘how to vote’ cards – they might just come in handy this time.

Good stuff Laurel! The system of government was in the upper primary Social Studies/SOSE curriculum during my teaching years, although that might’ve changed (SOSE has been superseded, for a start). The last time I taught it was in a country school in the Lockyer Valley. On request, the Electoral Commission would send out somebody to conduct a mock election, with all the paraphernalia such as ballot papers, ballot boxes, and the children would vote and there’d be a proper count. We did that, the woman they sent out did a good job, and by then the children knew enough about… Read more »