Alternative media (and a plea for alms) 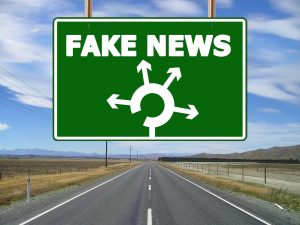 Image by John Inglar, pixabay.com Suspicious of the status quo media? There are alternatives to fake news, beat-ups and media bias.

Over the years I have found that readers value my occasional reviews of alternative media, as opposed to fake news or the mainstream media. Since the latter started finding it hard to make money (circa 2010), there have been many start-up newsletters and blogs that seek to go counter to the mainstream media. Some survive (and grow), others fade from view. It is a constant chore to keep up with who’s who in the alt-media zoo.

Alan Austin, writing for Michael West Media, said the alternative media attrition rate is high. West’s website (launched in 2016) had been the only new entrant since the Saturday Paper in 2014, Austin noted. Michael West is an investigative financial journalist who previously worked for the Australian Financial Review. On his ‘about’ page, West states: We are non-partisan, do not take advertising and are funded by readers. Our investigations focus on big business, particularly multinational tax-avoiders, financial markets and the banking and energy sectors.  In a plea for monthly contributions to keep the machine rolling, West’s slogan is – Don’t pay so you can read it. Pay so everyone can.

That’s a mantra to keep in mind when perusing daily news online. Austin names four mainstream journalism outlets which are always ranked highly among the Top 50 Australian websites: news.com.au; abc.net.au; theguardian.com and smh.com.au. Of the four, only News Corp has a strict paywall. The ABC is and always has been ‘free’. The SMH and The Guardian prefer you to sign up for a daily email which contains a lot of news. The SMH asks readers to pay but provides a lot of free content on its website, as does The Guardian, which relies on contributions.

As time goes by, it becomes obvious that ‘free’ doesn’t really mean free. It means that if you value what you are reading, you are expected to chip in. When I first started this blog, it was relatively easy to source research material from a bewildering array of choices both local, state, national and international. More frequently I am coming up against messages like ‘you have read two free articles – why not subscribe?’

Today I’d like to point you to five alternative media outlets, chosen from readers’ recommendations and my own research. The list does not favour one publication over the other. The question to ask yourself before subscribing to a free daily email is, can you keep up?

I have in the past read occasional articles but am now trialling a (free) subscription. One of my regular readers recommended TND with the tongue-in-cheek caveat, ‘it might be too left wing for you’. I went browsing and found an article by Michael Pascoe which warned of forces marshalling in the US for the return of Donald Trump in 2024. If not Trump (T1), then a younger, more vigorous version (T2). As Pascoe says, it is a far scarier scenario than anything Covid can throw at us.

TND, a free online news publication, started in 2013 and now has 1.7 million subscribers. TND is backed by Industry Super Holdings, with senior executives including the former editor of The Age, Bruce Guthrie, and digital publishing pioneer Eric Beecher. Unlike some of its peers, it carries ads and tends to delve into celebrity news.

This weekly collection of essays focuses on Australian public policy and attracts contributions from well-credentialed writers. Formed by retired public service mandarin John Menadue, P&I has no sponsors, no ads and subscriptions are ‘free’ although there is a mechanism to attract sponsors with a structured schedule of monthly donations ($10 to $100) or one-off contributions. P&I recently went on a fund-raising quest to cover expenses including ‘legal challenges’.

“This intervention by Abbott has about it the inept diplomacy which has seen relations with China, France and the EU collapse,” Haigh wrote.

In noting that the speech had not been coordinated with regional countries and major players like the US, France or Japan, Hague asked the question ‘who put Abbott up to this?’.

“Abbott’s speech contained a strong message and a line that has been pushed by the Australian Strategic Policy Institute (ASPI).

“The tone, intended or not, reflected the language we have become used to from ASPI.”

The Australian was less critical of Mr Abbott’s pro-Taiwan speech, mentioning that it followed a similar message last year from another former Australian PM, Malcolm Turnbull.

When asked by reporters if he was representing the Morrison government, Abbott replied: “I am here as citizen. But, one thing about being a former Prime Minister is you do have a bit of a megaphone.

“I want the people of Taiwan to know that they are not nearly as isolated as Beijing would like them to feel,” he added.

I should note that this article is one of the few the conservative broadsheet makes available free of charge. You are more likely to be met with a paywall.

I have often referred readers to The Conversation, a digital platform where journalists present articles written by one or more academics. Not only is The Conversation ‘free’, it allows others to freely quote from and even reprint articles under a creative commons license. The project derives its content from a large, international network of academics and researchers. I make a monthly donation to The Conversation as it is often my go-to source for research and fact-checking. One interesting offering this week is a topic that has been turned over by others, including TND.

This long-running alternative media publication has broadened its focus since the early days of focusing on media machinations. Crikey now has an investigative unit funded by former newspaper baron John B Fairfax. Crikey’s subscription model appears to be working – its mere existence says so. A visit to Crikey’s website allows the casual reader the chance to read two or three articles which are ‘unlocked’. An ad urges you to “Guard against stupid” and subscribe  “from $1 a week” (the current annual subscription is a discounted $99).

Since I mentioned the investigative unit, this week David Hardaker concluded his four-part series, ‘God in the Lodge’. Hardaker’s quest was to examine Prime Minister Scott Morrison’s public position that his religious beliefs do not influence his policies.

Crikey has been generous with Hardaker’s series, unlocking all four episodes for casual readers. It also published daily commentary on the topic by key thinkers in religion and politics.

This publication belongs to the same stable that publishes The Monthly and the Quarterly Essay (Schwartz Media). The Saturday Paper employs some of the country’s best writers and analysts.  It is one of the few alternative media publications which has a print edition. The on-line edition provides quite a lot of ‘free’ content. But if you prefer a newspaper you can read in bed or at the dining room table, The Saturday’s long-form articles will keep you going all weekend.

Happy browsing, people. Do let me know if you uncover an independent media outlet with quality news and analysis I have not mentioned here.

This is also a good time to remind you of my annual plea for alms and many thanks to those who responded so promptly. It keeps me insured, maintains the website and covers other incidentals (coffee, dark chocolate, a nice lunch out for the Ed?SWPG (She who proofreads gratis.).

Good article thanks, will check some of the links.
From Nov, will be in a position to try some subscriptions.
Keep it up.